(Site history aka: why so many video and audio are missing in older posts)

If there are any other older posts dated before September 12th, 2010 (originally “Vox” posts) in which you’d like to hear or see the audio/video clips for, please leave a request in the top tab titled “Requests.”)

I’ve now moved to WordPress with Vox closing on September 30th (;´□｀)！！。。and initially I had moved to TypePad as I think the address “morningberry.vox.com” will eventually direct you to what is now an account I will not use @ TypePad after September 30th, 2010. The reason is that TypePad didn’t import 91 of my posts, and of those 91 they include some of my larger posts and much more beloved♥ posts so that was so so not good! Add in that TypePad has a most odd search engine as the results you receive are most random and they sometime fail to include even a directly relative post…ie: I typed in “Hana yori dango” into the TypePad search and not only did my “27 Reasons why I love Hana yori dango…” not appear in the search results :O!!..but also some really random results did appear…like if there is just a mention of the word “hana” in a comment somewhere totally unrelated it came back as a “result” :/. So WordPress became the best opportunity~* and I’ve since learned that it’s going to be a most wonderful♥ home to live in o(*´∀｀)o゛。

Here are the most significant changes/enlightenments~* I encountered here @ WordPress after moving from Vox which will close on September 30th 2010 which will make the new site make much more sense as I try to make sense of it myself XD: 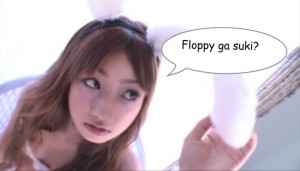 Idols.
For the love and adoration~* of idols♥ everywhere