Your chance to hang with a life sized Airiin right in your bedroom!~!….

Posted on 2016年8月26日 by MorningBerryz 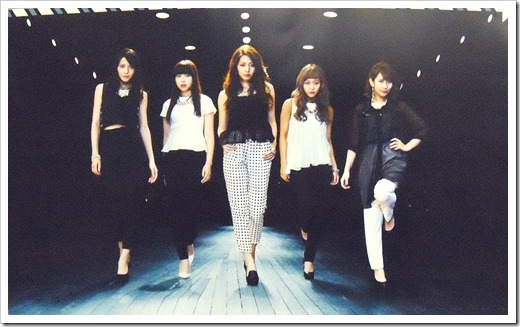 ..and actually that would life-sized C-ute members all around as there’s also indeed these amazing looking wall tapestries for all of the girls: Maimichan, Nakki, Chiisa and Maimai included!!

Okay so you’ve only got until September 11th, 2016 to pre-order for your favorite C-ute girl or the entire group if you wish, as I imagine these may be going out of print then? They say these are made of shiny suede fabric, sounds amazing and when they say life-sized they do mean it as each tapestry varies in height accordingly to each girl’s real life height that is, so yeah take that literally. Release date is set for October 13th so pre-order yours today!!

And with C-ute’s now announced group break-up/ending or however you want to say it =( …. we’ve been given such an advance notice that there’s nearly a year to go before that date arrives as a final concert is already set for next summer. All wonderful things truly must pass and while I’m deeply shocked and saddened to hear that they’ll be ending their idol group tenure, a lot of questions remain as to why and why now? I mean really C-ute’s been together for an amazing long time as many idol groups fall to the wayside before long and no doubt C-ute’s members’ careers have been the stuff of icons many times over in so many ways as they’ve just grown so much musically adapting to the times seamlessly over these long years and likewise the girls have matured wonderfully in their craft each most uniquely too. Then there’s Maimai’s “scandal” where that written or unwritten no dating idol rule…and I don’t even want to get into any of that as I’ve spoken a great deal on that whole mess here in the past already and while they won’t say it … who knows how much that was a factor or non factor here and I’m leaning towards the latter big time personally.

In any case I’m going to cherish all that C-ute’s yet to share with us until that final date and really just celebrate~* them. And yet still dread missing them still of course =(. C-ute’s one of numerous idol groups whom I have followed since their very beginnings, meaning that I’ve purchased all of their albums and singles till now since their major debut including the majority of their concert DVDs and visual collections along the way…. I went after their indies singles years ago and had to fight like mad on EBay just to secure one of their indies singles and it came at a hefty price…. one too high to mention here for fearing that you’ll have me committed =P. So long story short, I’ve been so invested in their fandom that this is gonna hurt when it’s all over and done. (´⌒｀。)  ・゜・

But hey! Nothing says awesome like a life-sized C-ute girl right upon your bedroom’s wall! =) It’s time to begin soaking in all of C-ute that we can~. ^^*

Back in 2008 you may recall that Berryz Koubou released what were then called “visual screens” and they were really large wall tapestries as each measured 70.9 inches x 23.6 inches… so it was like having your favorite Berryz Koubou member larger than life in your room or wherever you decided to hang them up!! ^-^ All 7 members were available and I decided to order banners of my then 2 favorite BK members Rii & Momo. You can click here see the rest of the BK visual screens in this little post from back in 2008. =)

Lover and free spirit who's interests in Japanese culture and the like are insatiable. I am of pure Japanese/Okinawan descent, love my cats, sleep and am a bit naughty at times :).
View all posts by MorningBerryz →
Gallery | This entry was posted in Hello! Project and tagged c-ute, c-ute life sized tapestries, hello! project. Bookmark the permalink.

2 Responses to Your chance to hang with a life sized Airiin right in your bedroom!~!….