Okay and here’s the fourth and last calendar preview for today! As aforementioned there are a few more set to arrive later into December as their release dates have been set-back as noted by their publisher.

Oshima Yuko’s~♡ 2016 wall calendar is also the standard B2 size and if you compare its photos to her desktop posted here earlier today, you’ll see that these are alternate shots of those photos or it could be vice versa as which did come first? …the chicken or the egg? …I mean the desktop or the wall calendar? (。ーωー。)笑！

And while we may never truly know which came first with the whole Chicken~or~the~Egg~thing ….now we did figure out why “that” Chicken crossed that road on “that” particular day didn’t we! You know from a few years back on this very blog =D! …..

..we now interrupt this post to bring you the following world report from deep within this blog’s vault!

So why did the chicken cross the road?

(Important mysteries solved one at a

A few “experts” on the matter share their opinions…

BARACK OBAMA: The chicken crossed the road because it was time for change ! The chicken wanted change!

JOHN MC CAIN: My friends, that chicken crossed the road because he recognized the need to engage in cooperation and dialogue with all the chickens on the other side of the road.

SARAH PALIN: That road the liberal media claim that chicken crossed?  Well that is the Road to Nowhere, and I told Congress.  Thanks but no thanks to that.  So there isn’t any road for that chicken to cross and any reporter who says otherwise ought to be fired.

HILLARY CLINTON: When I was First Lady, I personally helped that little chicken to cross the road. This experience makes me uniquely qualified to ensure right from Day One! that every chicken in this country gets the chance it deserves to cross the road.. But then, this really isn’t about me.

GEORGE W. BUSH: We don’t really care why the chicken crossed the road. We just want to know if the chicken is on our side of the road, or not. The chicken is either against us, or for us. There is no middle ground here.

COLIN POWELL: Now to the left of the screen, you can clearly see the satellite image of the chicken crossing the road.

BILL CLINTON: I did not cross the road with that chicken. What is your definition of chicken?

AL GORE: I invented the chicken.

JOHN KERRY: Although I voted to let the chicken cross the road, I am now against it! It was the wrong road to cross, and I was misled about the chicken’s intentions. I am not for it now, and will remain against it.

OPRAH: Well, I understand that the chicken is having problems, which is why he wants to cross this road so bad. So instead of having the chicken learn from his mistakes and take falls, which is a part of life, I’m going to give this chicken a car so that he can just drive across the road and not live his life like the rest of the chickens.

ANDERSON COOPER, CNN: We have reason to believe there is a chicken, but we have not yet been allowed to have access to the other side of the road.

NANCY GRACE: That chicken crossed the road because he’s guilty ! You can see it in his eyes and the way he walks.

PAT BUCHANAN: To steal the job of a decent, hardworking American.

MARTHA STEWART: No one called me to warn me which way that chicken was going. I had a standing order at the Farmer’s Market to sell my eggs when the price dropped to a certain level. No little bird gave me any insider information.

JERRY FALWELL: Because the chicken was gay! Can’t you people see the plain truth? That’s why they call it the ‘other side.’ Yes, my friends, that chicken is gay. And if you eat that chicken, you will become gay, too. I say we boycott all chickens until we sort out this abomination that the liberal media whitewashes with seemingly harmless phrases like ‘the other side.’ That chicken should not be crossing the road. It’s as plain and as simple as that.

BARBARA WALTERS: Isn’t that interesting? In a few moments, we will be listening to the chicken tell, for the first time, the heart warming story of how it experienced a serious case of molting, and went on to accomplish its lifelong dream of crossing the road.

ARISTOTLE: It is the nature of chickens to cross the road.

JOHN LENNON: Imagine all the chickens in the world crossing roads together, in peace.

BILL GATES: I have just released eChicken2015, which will not only cross roads, but will lay eggs, file your important documents, and balance your checkbook. Internet Explorer is an integral part of eChicken2015. This new platform is much more stable and will never reboot.

ALBERT EINSTEIN: Did the chicken really cross the road, or did the road move beneath the chicken?

Sorry the mind wanders “sometimes” and I get a “bit” sidetracked and so where were we before the whole chicken thing erupted here?? 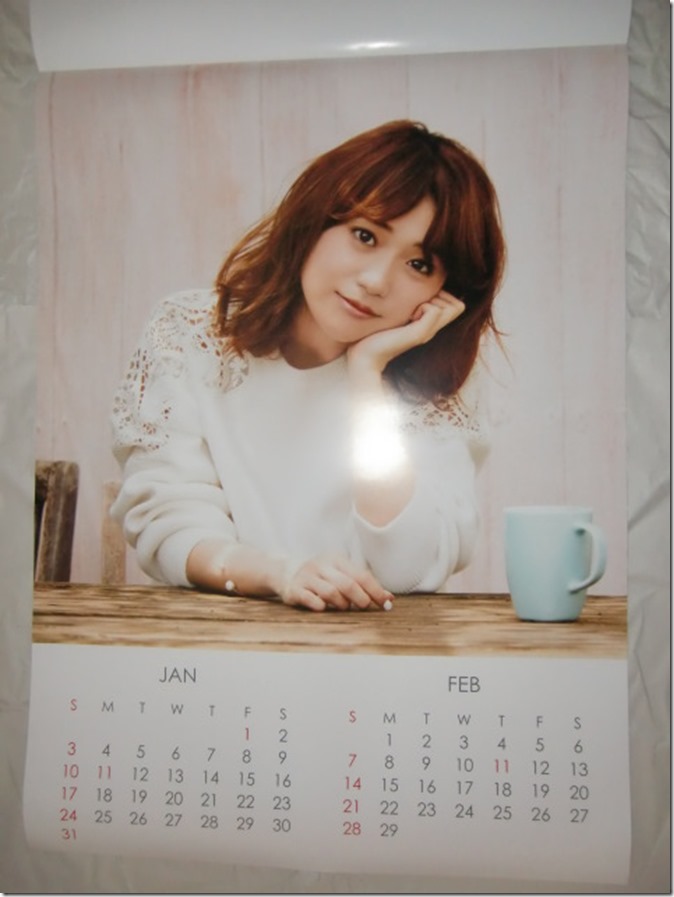 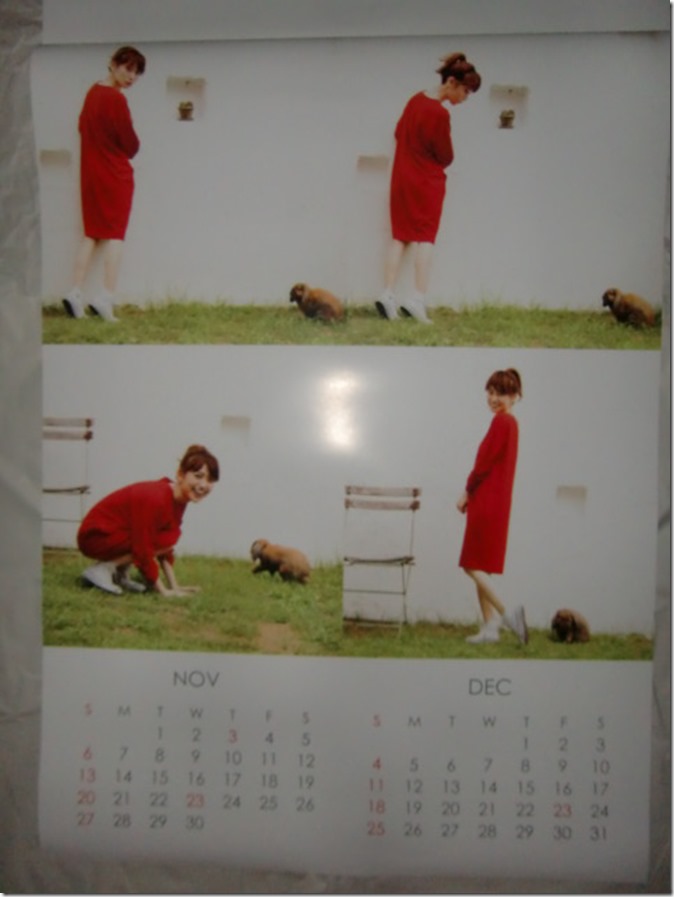 Lover and free spirit who's interests in Japanese culture and the like are insatiable. I am of pure Japanese/Okinawan descent, love my cats, sleep and am a bit naughty at times :).
View all posts by MorningBerryz →
This entry was posted in Calendars, Humor, Japanese idols and tagged calendars, humor, japanese idols, oshima yuko 2016 wall calendar, why did the chicken cross the road?. Bookmark the permalink.