Posted on 2014年11月8日 by MorningBerryz 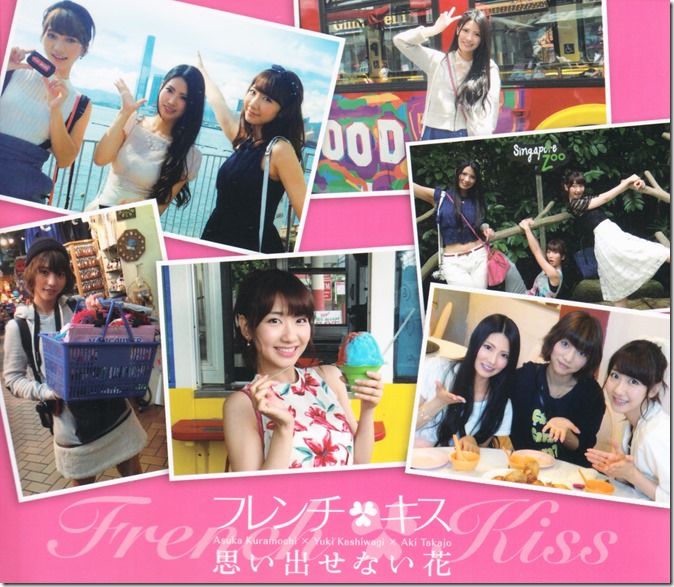 On October 1st our beloved AKB unit French Kiss finally returned from what had been for some time now an unsure hiatus as much time has passed since their previous single and so for the past week or so I’ve been soaking in the many songs although it didn’t take very long at all to note that each and every track here including both coupling and single version exclusive tracks are absolute gold or as some would say…all killer and no filler ^^! Hope everyone’s having a wonderful Saturday and if not, maybe the great music here can get you going into your happy place =).

~But first, this travelogue moment brought to you by French Kiss~

Oh and did you notice the special slip case above?… 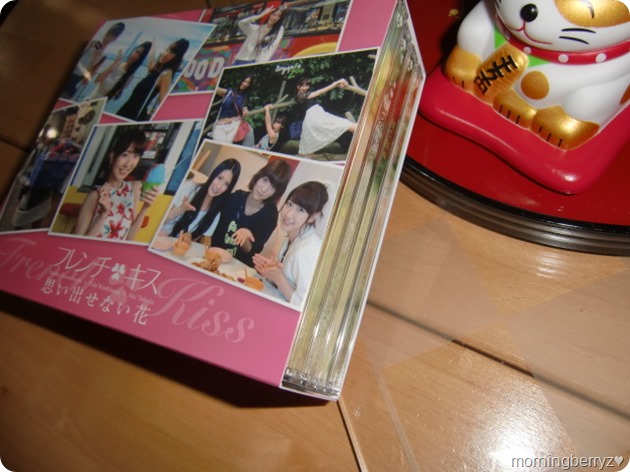 ..Cdjapan is offering a sleeve case to all customers who order all four editions of “Omoidasenai hana” in one order and so I thought why not =). It’s a simple cardboard case to house all four singles and it looks rather pretty in keeping this release in order for safekeeping upon your shelf. 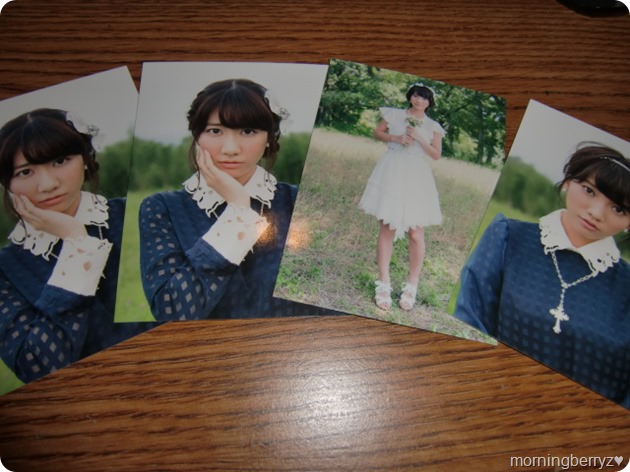 And with each single including one randomly inserted photo card here I received two duplicates of Yukirin and two different Akicha’s ^^.

Now you may be curious as for the reasoning as to why so many of the images thus far appear rather like travelogue/vacation photos?? Well when it comes to this releases’ video extras from which there are plenty, the ongoing theme is exactly just that of travelogue adventures featuring sites and cuisine (yum♥!) with the girls of French Kiss~♥. Amongst the four single versions are four parts of French Kiss in Singapore (also the origin of the Neowing photo extra image), French Kiss in Hong Kong, Akicha in Vancouver, Mocchi in Los Angeles and Yukirin in Hawaii♥. Wait. Did you hear that? Hawaii♥ =D!!!

So choosing the Hawaii clip to feature here was sort of a no brainer but REALLY I chose this travelogue in paradise for my dear Philip and Derek as it features none other than their mutually favorite girl in Yukirin~* ^^!!

So watch along as Yukirin spots how much Japanese culture really exists here, some in perhaps unlikely of places (you don’t see as many Boy’s Day carp being flown as in days of past but nonetheless it’s been embedded in our local culture to celebrate with these colorful treasures), how she is wonderfully surprised at the authenticity of shaved iced flavors and how she at first cutely goes to the backside of the little shave iced vendor =) (and indulging in shaved ice is a must for any visitor to the islands…just note how many time Momusu has partaken in the frosty sweet stuff!) and to finish, a little panic moment at the ending (゜ロ゜ノ)ノ！！So this clip’s rather short but still a lot of fun to watch….hope you get a kick out of it too ^^. 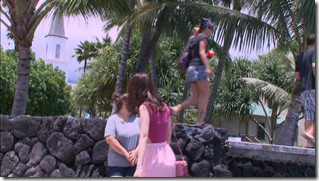 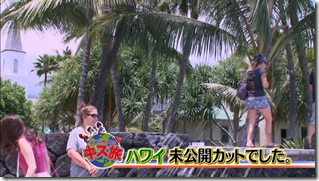 Okay now that the travelogue look mystery has been solved let’s go to the great music within beginning with the coupling with and version exclusive tracks found on all four CDs…..

And while all four single versions include of course the title track “Omoidasenai hana”, there’s a wealth of strongly written and performed songs to also take in.

First though we must begin with the coupling with track “Amanojaku” which appears on all 4 version types as it’s really worthy of being the title track I think.

But first please get your most favorite headphones for these songs as in hearing everything so clearly you’ll appreciate them so much more =).

In addition to this most catchy of melodies with all the right musical hooks to lure in one’s ears, mind and heart….there’s so much wonderful instrumentation to speak of beginning with the very 60’s guitar tones and fuzzy distortion which then in chorus moves into a jangly style which kind of reminds me of the great Roger McGuinn, add in those lovely tiptoeing piano notes and a great rhythm and bass and you have musical nirvana! Hear how the girls ensemble their vocals sweetly just leading from the very ending of the pre-chorus to the elevated notes of this most most catchy of choruses~♥! (sigh….) I can listen to Amanojaku over and over……^^. Retro awesomeness meets the modern idol at it’s very best. To say that Amanojaku is not unlike that of a musical orgasm would be most appropriate I firmly think! PLAY, REPEAT~>LOVE. This song is a minute fraction from being my most favorite song on this release, that song which is just a tad below from here.

Also appearing on the A single version is the song “6/29.”

Now truth be told this one with its intro begins sounding very much like a James Bond film from the decade of LOVE, sort of like a psychedelic mixture of groovy pop with a wonderful brass flavor to boot! At the beginning of the second verse (and by the way this chorus is AWESOME!!!!….I love when they sing “watashi dake anata ni tsutsumarete…” =) ) okay getting back to that second verse beginning you know during that brief break before the vocals start up it’s here that you can appreciate the heavy jazz~isms which build this song from the ground up and even though it’s entirety is that of a pop song it’s really a groovy jazz land underneath it all..really amazing composed song and how about that uber~cool guitar solo ^^. “6/29” also could easily have been presented as the this single’s title track…I’m positive of it!

And here we begin to get each girl’s solo song beginning with the B type single exclusive song “Futari dake no kioku” by the lovely Akicha♥! Firstly those whistling high pitches which float above the chorus section, those are magical =). Upbeat poppy folk rock heaven with all of the fixins’ and here Akicha performs my overall favorite song (now just a millimeter above “Amanojaku”) from this single!! Really I’d make this the title track in an eye blink and have the trio of French Kiss record a version and from the very first time I listened I was immediately in love with this song so much that by the time those rapid fire chorus lyrics were ringing out in a most perfect of melodies I was looking frantically at the back of the case to see if there was any way in heaven that this song got its very own pv…..sadly to say no pv present but OMG this song makes me joyously happy not unlike the day I first learned that the Easter Bunny is indeed REAL!!! I mean, he is real isn’t he? You know I’ve seen him @ our local department store time and time again =D. 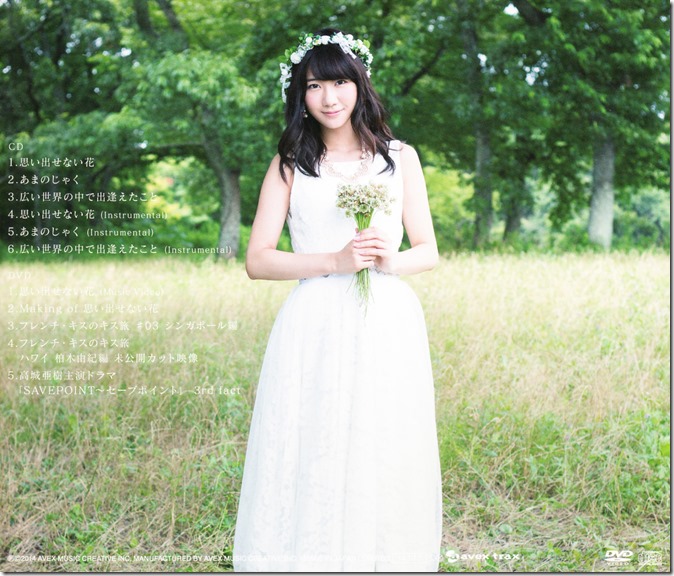 Single type C gives us the releases’ loveliest of ballads and Yukirin’s sweetest  of vocals soars with this emotionally charged beauty! Gentle piano, light percussion and a wall of strings make for this pristine lullaby and I love how the cello’s deep tones act as the bass line throughout….♥. And while Mocchi and Akicha’s songs could have been switched from member to member with nearly good results I imagine, this song is purely all Yukirin as its vocal direction would work for only Yukirin and Yukirin alone.

Wait for it wait for it….at first it sounds like a ballad right? But it soon ascends into a power pop song with the soul of the funky 70’s and Mocchi’s vocals which are the deepest in the group fits so perfectly here. Yes it’s totally 70’s with its orchestration style, wah wah guitar tones, groovy bass line and notice too those wonderfully quirky instrumentations of the 70’s?….a most profound one makes me think of “Shaft” and I’ve never been too sure of what instrument exactly is making this most curious of sounds as you’ll hear it pre verse at 0:47 and notably again at 2:19 ….now sing it with me “SHAFT!!” =D.

So in “addition to” all of the French Kiss travelogue goodness all 4 single versions include both the title track “Omoidasenai hana”’s music video as well as its making of and if you love gentle folk you’ve come to the right place =). When I first listened to this song I was totally imaging French Kiss seated around a cozy camp fire out in the middle of nowhere with beans simmering in a pot above the flame pit while in the distance sit both a old western carriage with horses gently grazing aside and a few tumbleweeds rollin’ by for good measure. Okay so none of that came to fruition but nonetheless =P this is a beautiful and very touching music video ^^.  And if you can also keep those headphones on for this one so you can take in all of the gentle nuances of the instruments as well as the wonderfully directed layering of harmonies within its chorus….beautiful song ^^. 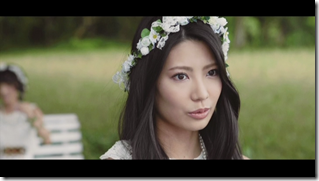 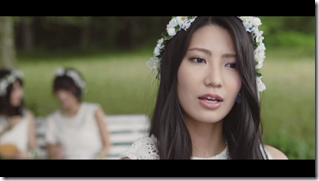 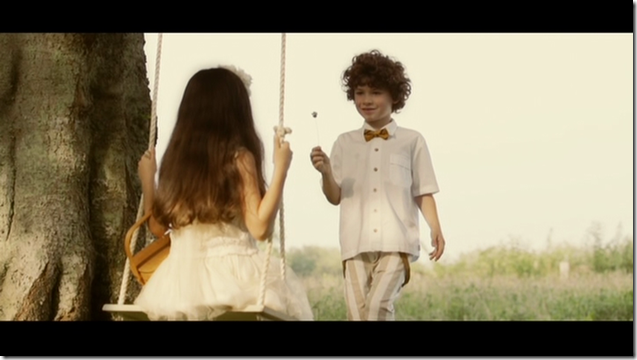 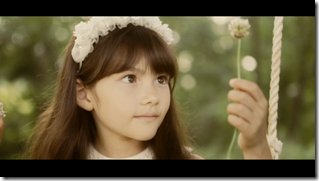 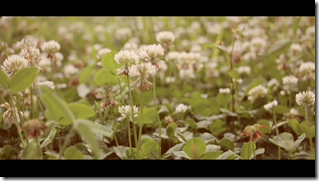 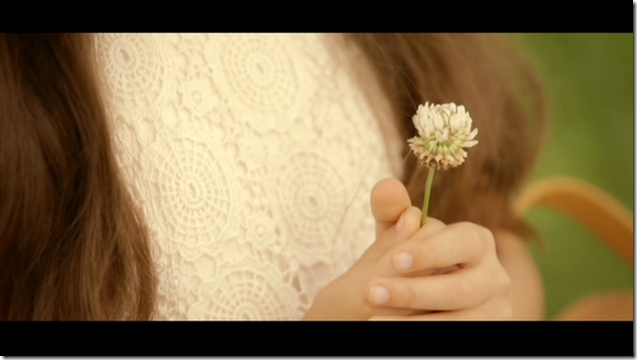 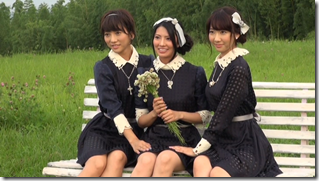 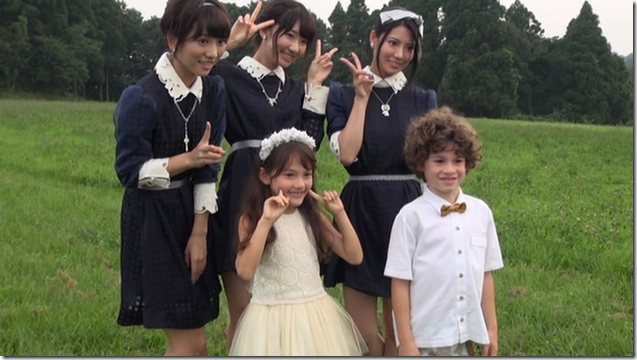 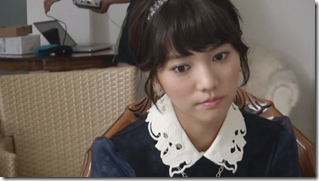 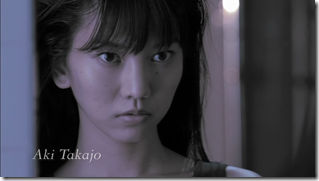 Each single type also includes one of four episodes from Akicha’s drama “Savepoint” and most appropriately so as the title song “Omoidasenai hana” serves as the show’s main theme song~ ^^♥.

And with all of the musical orgasms* you’ve just witnessed me having throughout this post it’s inevitable that this entire release receives the ‘coveted’ =P….. 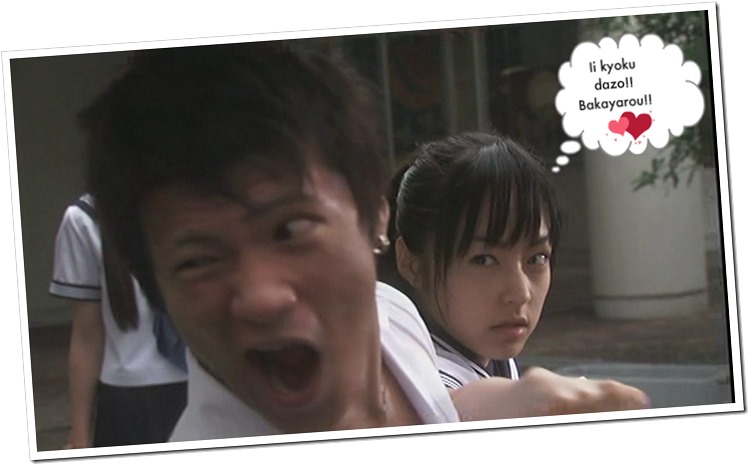 And furthermore this release is now officially my favorite of the year so far with SINGLE OF THE YEAR written all over it……it’s 100% musical heaven =).

Lover and free spirit who's interests in Japanese culture and the like are insatiable. I am of pure Japanese/Okinawan descent, love my cats, sleep and am a bit naughty at times :).
View all posts by MorningBerryz →
This entry was posted in AKB48 and tagged akb48, french kiss, kashiwagi yuki, kuramochi asuka, omoidasenai hana, takajo aki. Bookmark the permalink.