Young Jump 2013 No.28 features the Okamo♥ sequel you’ve been yearning for, a Koha~chan sighting and the sexy alien whisperer…

Posted on 2013年6月13日 by MorningBerryz 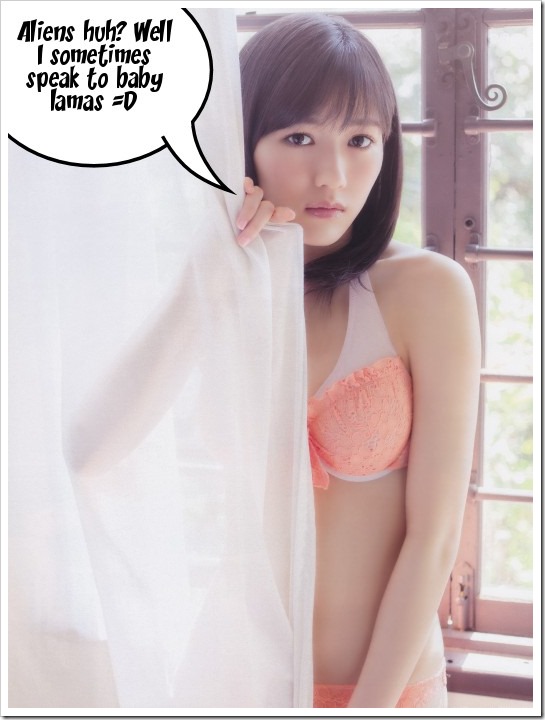 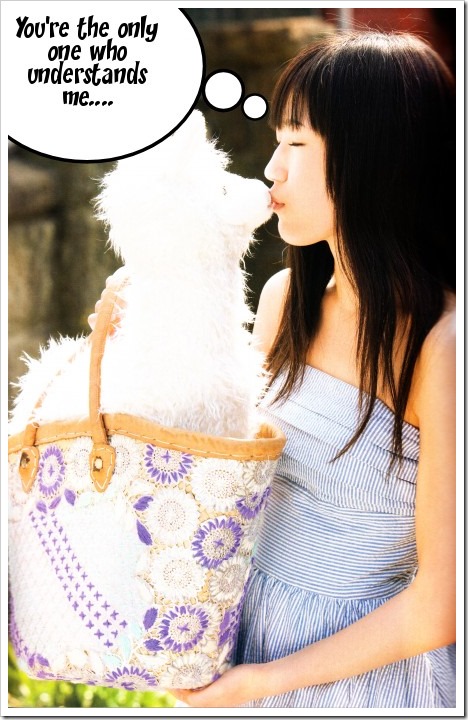 It’s true!!!!!! Just released yesterday, it’s Okamo’s♥ 2nd shashinshuu release and here with these oh~so~sweet~n~sexy preview shots is the latest Young Jump issue!!! While my copies (yes there are two heading here soon and one is for an upcoming giveaway =D) are yet to arrive here you can remind yourself of visually just why Okamo♥ is one of the coolest most adorable and want~able (made up word =p) idols♥ period! Hmm this was shot partially in Finland? I’ve not thought of Henkka in ages it seems…(u_u*). Maybe one Henkka may have bumped into her I wonder?…if only he had enough time in a day to step outside whilst he’s not conditioning his gorgeous hair 笑！I only kid because I care =D. 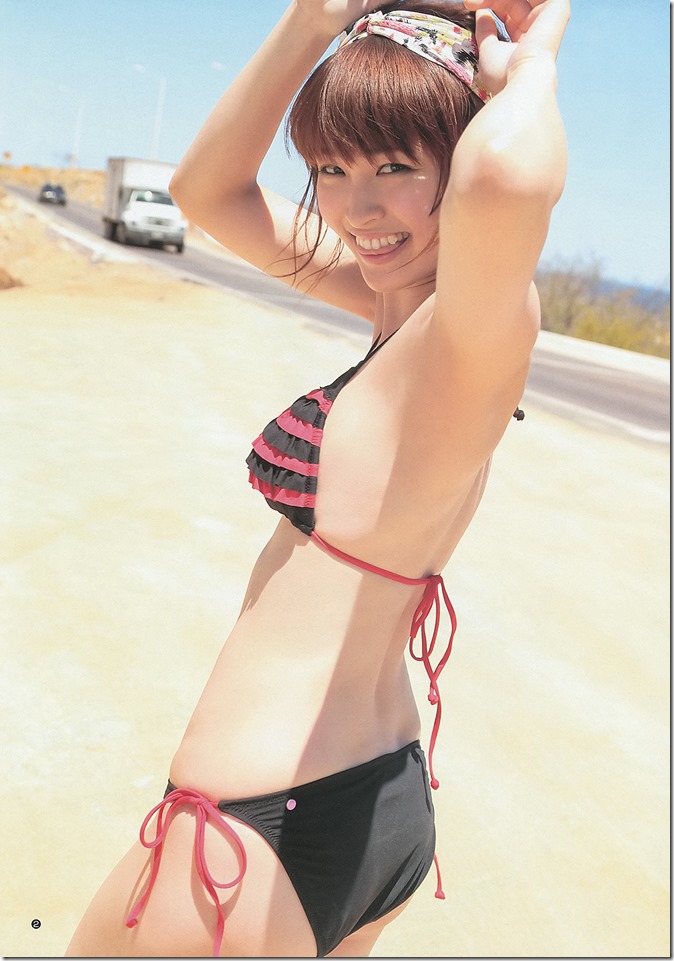 And don’t let her innocent looks confuse you as:

….’In a world of outlaws and guys who look like Antonio Banderas one hot sombrero wearing senorita dares to search alone on a quest of vengeance as she seeks out those who stole away her asymmetric stripe cover up and of course…her innocence.’

Huh? Something tells me with that second part that Henkka was @ some point in time in Mexico as well during Okamo’s♥ photo shoot (・o・)？！？ 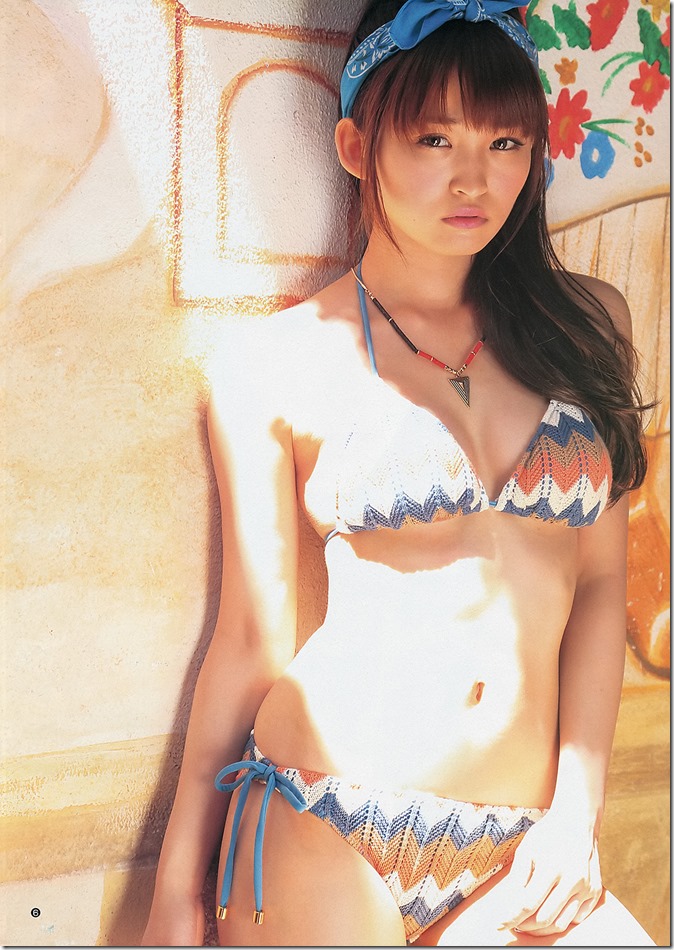 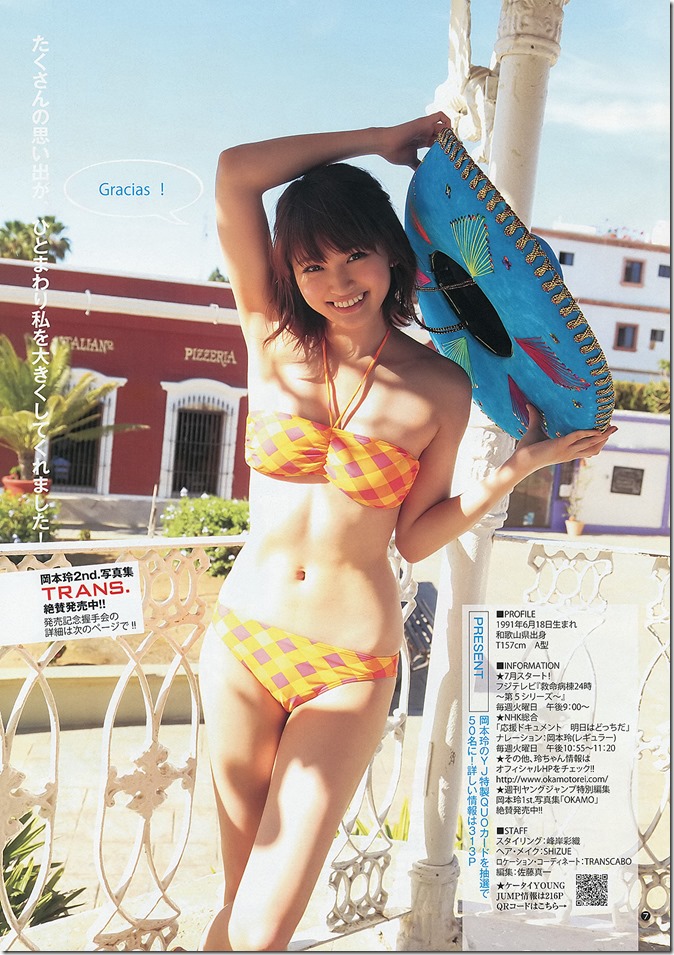 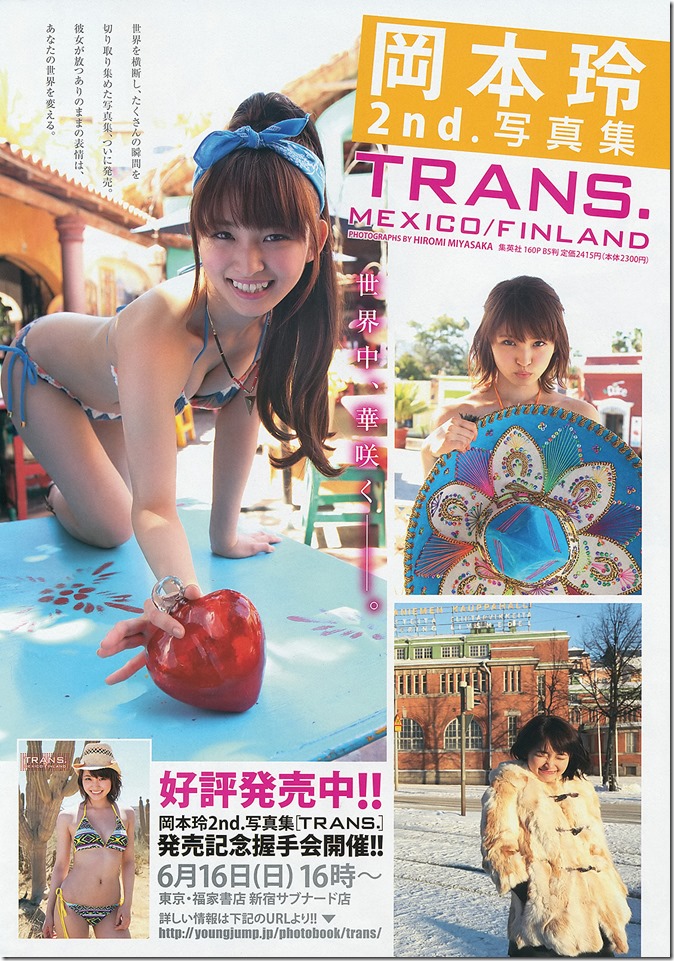 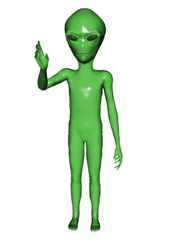 If only Fox Mulder knew of Yagishan’s existence….oh crap! (*>ω<)！ wait Yagishan was like 1 years old when Mulder began his alien/truth quest ( ┰_┰)。Ohhh the ironic cruelty of time in hindsight and well even if they had somehow met through one of Scotty’s drunken beam someone up binges…(^q^)! it would have surely meant that the X~Files would have ended in one season as the truth would have surely been accessible @ that time (Yagishan anyone? =D). (sigh, our most adorable alien consultant ever!)….production executives of future alien scripts shudder now and even those seeking the truth in the past may feel Yagishan’s alien revelations to come ぇええ〜ッΣ(゜ロ゜;ノ)ノ！？ 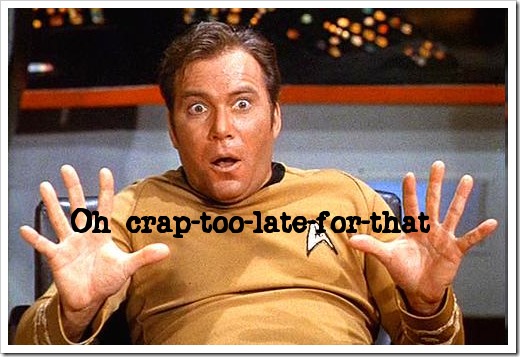 ~And the quest for the truth continues…~ 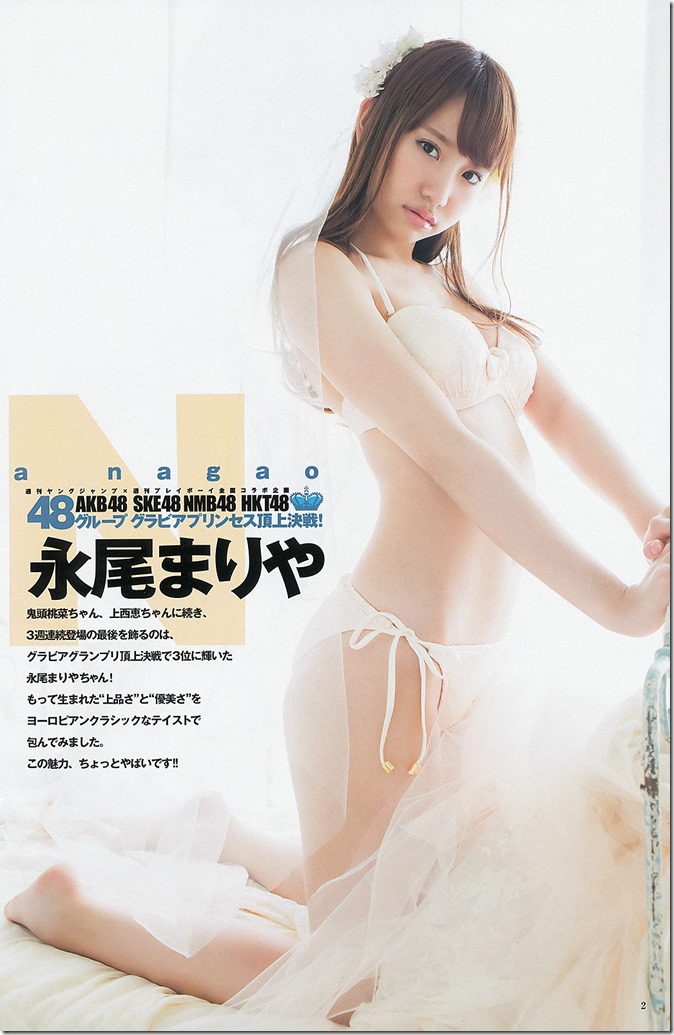 One of former Hello!Projects most promising prospects all~time and yet her time in idol life spent in the idol spotlight was short, Koha~chan♥ as adorable as ever here and while she still regularly updates her personal blog it’s wonderful to see her featured in a most prominent youth idol magazine ………(゜∀゜)………。♥ｘ♥ｘ♥！ 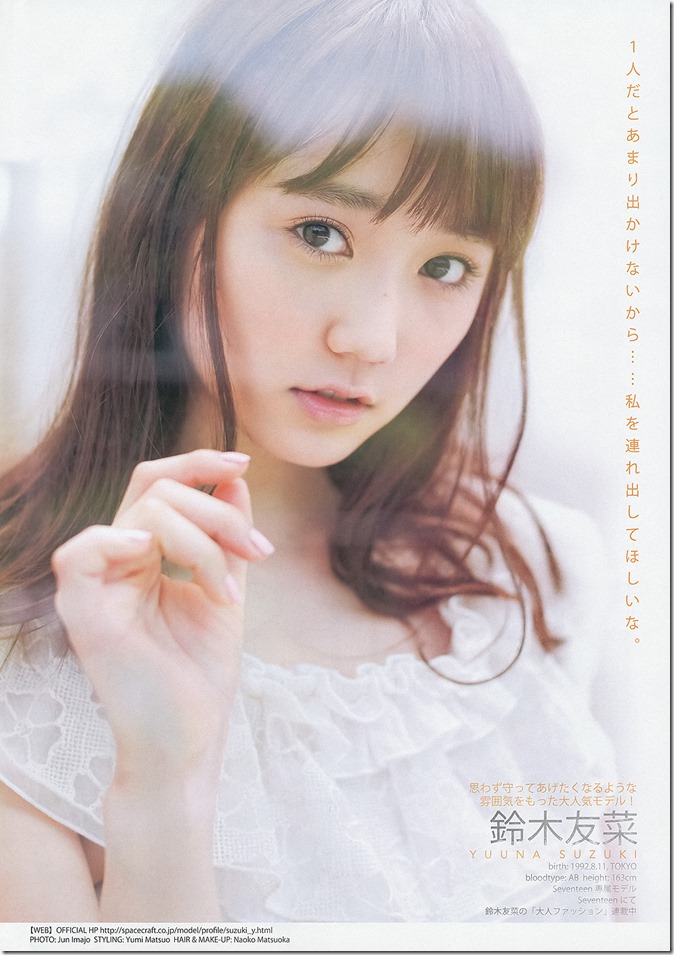 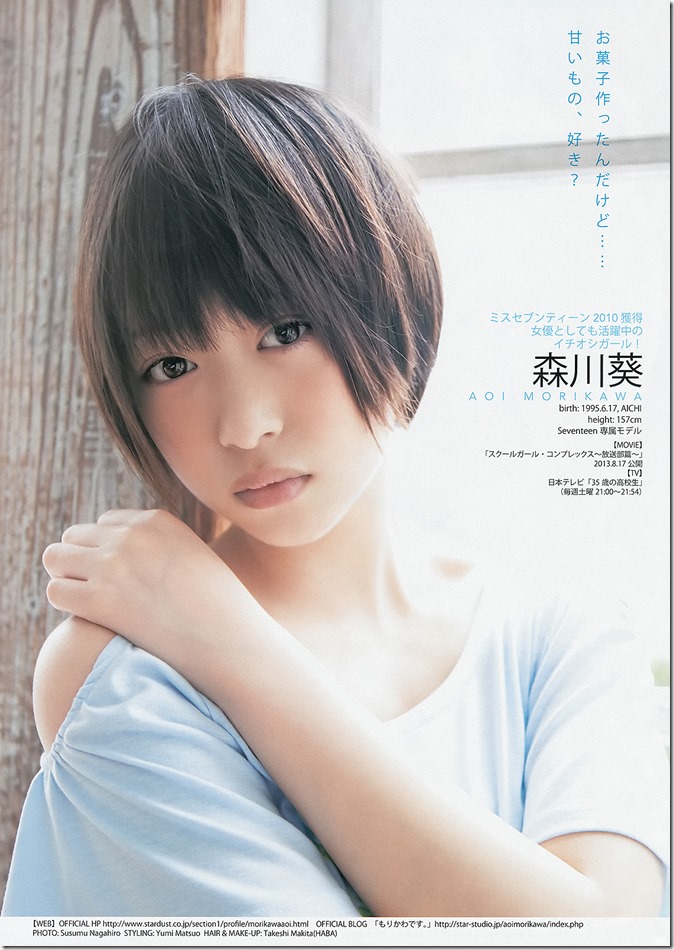 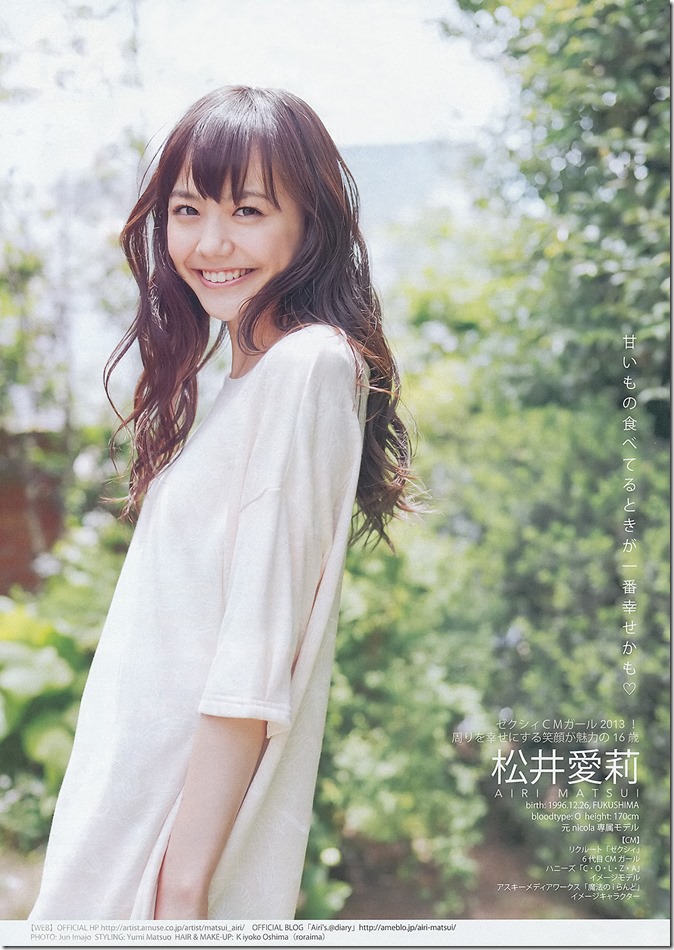 Lover and free spirit who's interests in Japanese culture and the like are insatiable. I am of pure Japanese/Okinawan descent, love my cats, sleep and am a bit naughty at times :).
View all posts by MorningBerryz →
This entry was posted in Japanese idols, Zasshi and tagged japanese idols, kusumi koharu, matsui airi, morikawa aoi, nagao mariya, nakaya koharu, okamoto rei, suzuki yuuna, trans., yoshikura aoi, young jump, young jump 2013 no.28, zasshi. Bookmark the permalink.

1 Response to Young Jump 2013 No.28 features the Okamo♥ sequel you’ve been yearning for, a Koha~chan sighting and the sexy alien whisperer…