Posted on 2012年3月18日 by MorningBerryz 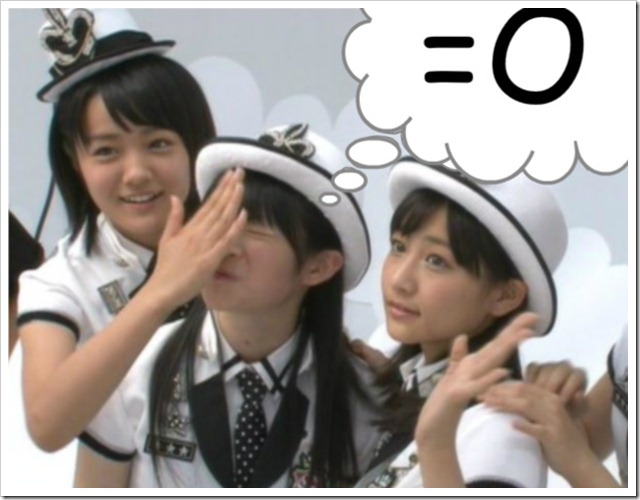 ..at first I thought it a bit perverse, but upon further thought I really~really want one of these premium trading cards =P!!!!

I recently got lucky finding a few costume worn cards from Koike♥Yui in her chocolat trading card box, but had no idea that this simple idea dating back to the days of Beatlemania when a very smart individual decided to cut up the sheets on which the Beatle boys had slept on just prior and sell them individually for what I can only imagine was a substantial amount of $!!

But now look @ these special rare sets (Myao’s is the same production as Yuichan’s♥ “Chocolat” set from Sakurado) and how this was taken up a notch so~to~speak as it’s not just Yuko’s♥♥♥♥ an Myao’s♥♥ worn outer clothing but also their worn bikinis which are being placed into highly coveted lusted after rare~special trading cards ………(゜∀゜)………。～♥～♥～♥～♥！！Okay maybe the ‘lusted after’ part are just my thoughts of Yuko♥♥♥♥ speaking aloud but in any case these are quite uniquely awesome collectibles if one were so lucky~* to find them in their card packs.

Just thinking back to when I was very little there were only scratch & sniff stickers to collect and amuse yourself and friends w/…(^q^)! These of course are completely innocent though surely!..and nothing like those freaky shops in Japan a friend one mentioned to me about where they’re selling worn/used girl’s underwear which is just plain freaky to put it lightly..why Japan?? why??? oh the horror lol iyaaaaa (;゜□゜)！！！And you thought your world was out there =P! I think though the more important question to ask here is how are these undergarments being acquired?…rather than why such places exist? I shudder to think XD. 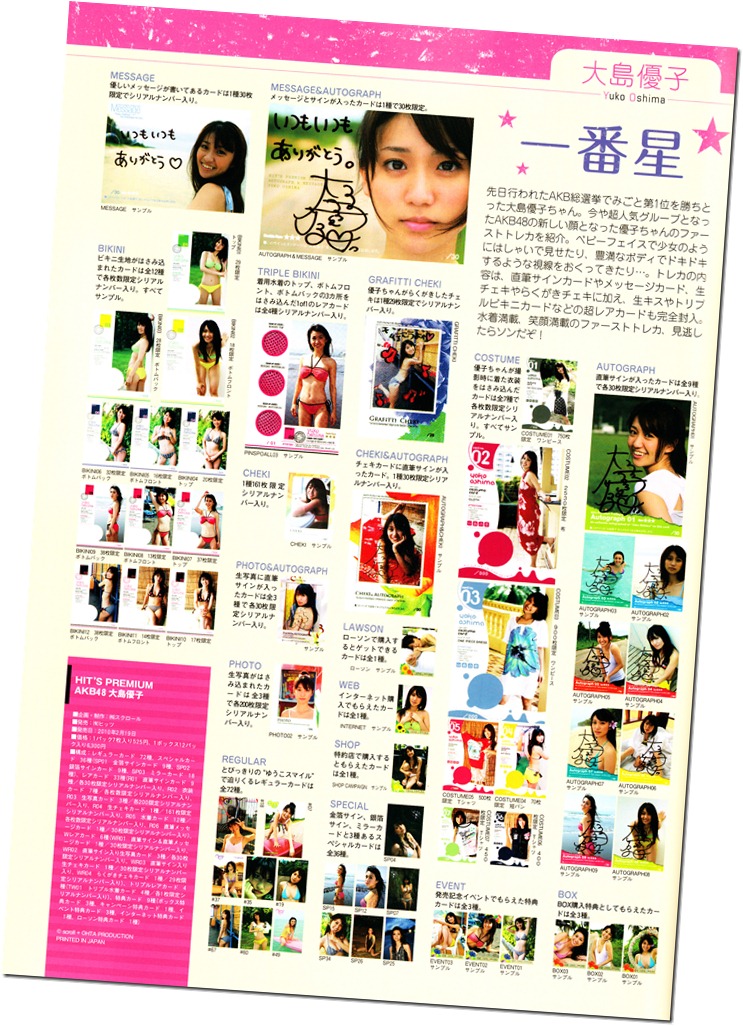 Lover and free spirit who's interests in Japanese culture and the like are insatiable. I am of pure Japanese/Okinawan descent, love my cats, sleep and am a bit naughty at times :).
View all posts by MorningBerryz →
This entry was posted in AKB48, Zasshi and tagged akb48, miyazaki miho, oshima yuko, trading cards. Bookmark the permalink.

11 Responses to ~Smells like teen spirit~*… (scent of a woman)