Posted on 2011年2月27日 by MorningBerryz

What began as a lazy Sunday soon moved to exhilaration as the final 20 laps were a bit agonizing!!!…..you know like you’re worried of what’s going to happen…or not happen…….or could something really bad and unexpected happen?? A~h I was on edge and that’s putting it quite lightly I’ll just say え～へっo(*´∀｀)o! I’m sorry my time online has been much more limited but please keep speaking with me as you’re really the sole reason why I love to continue to blog….for without you this blog will surely die =(. I know I’ve been late with responses but I’ll try to do much better as I used to be able to do in the past…..life outside of the internet has just been busy and yet I know I still can do much better here and will sincerely try =). Thank you always for your patience….it means so much~♥. So today…..

A~hhhhh Mr. Gordon’s 66 race~winless streak is finally over!!!!!!!!!!!! And really that’s a long time and the longest winless drought in his storied race career which now has tied the great Cale Yarborough @ 83 career wins in the top Cup Series!! It’s a bit sad that PIR will be reconfigured/ repaved after today as it remains as one of the most exciting flat tracks on the circuit but who knows what the changes will bring into the future….just hoping they’ll be just as gush~* worthy =).

And you could just sense or rather see what this win meant to the 4~time champion in victory lane where even teammate Mark Martin appeared to congratulate Jeff o(*´∀｀)o゛♥。And this year with the points structure being so drastically changed in format every point literally means even more this race season and I believe Mr. Gordon has moved up an impresive 20 spots in the standings with this win~*! Teammate J.J.♥ too has reached the top 12 needed to qualify for the Chase and yet I know it’s only the second race in and much much too early to even speculate but the cream always does rise to the top ne~* =). Not many have viewed the race videos I’ve uploaded here in the past so I refrained from including any here xD but today’s event was quite eye~opening with even a large wreck occurring early on where a vast part of the field was involved and it wasn’t unlike the larger wrecks we usually witness at much larger race venues such as the plate tracks Daytona and Talladega…..(・д・`*)！！！

So, congrats to the #24 Team and Big~Daddy♥ as seeing you in victory lane will never get old!!!

Hmm…I don’t know if he just ran out of fuel or if he damaged his tires too much doing a burn out after winning but sooooo cute a wrecker needed to push him into victory~lane :P……..mmm yeah the term cute♥ has a broad range it seems for me =). 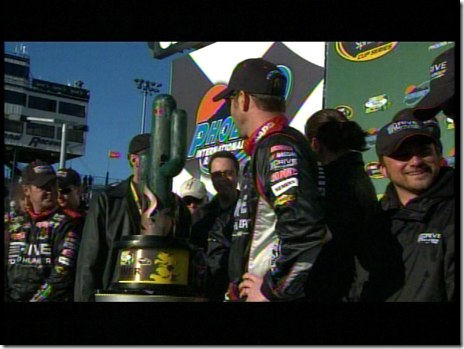 And speaking of cute~♥!!! Check out the Cacti~trophy very much reminiscent of those pesky Final Fantasy cactus which are quite frisky, quick and deadly (・o・)．．．．can a trophy be cute~♥? I sooooo think soooooo!

and now, the race winning moment…….♥! 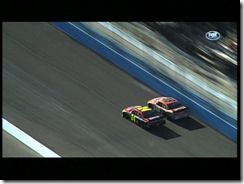 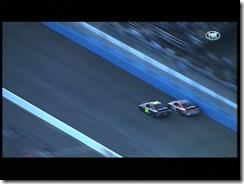 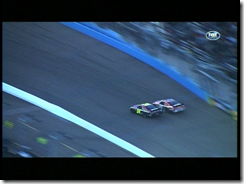 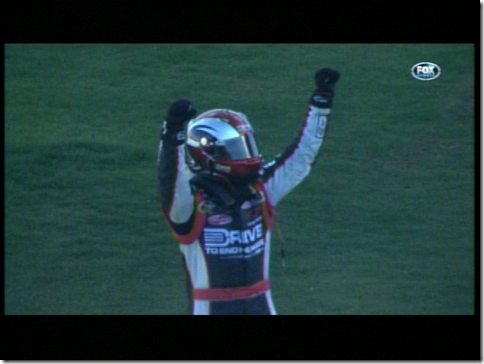 Lover and free spirit who's interests in Japanese culture and the like are insatiable. I am of pure Japanese/Okinawan descent, love my cats, sleep and am a bit naughty at times :).
View all posts by MorningBerryz →
This entry was posted in NASCAR and tagged jeff gordon, nascar, phoenix international raceway, sprint cup series. Bookmark the permalink.