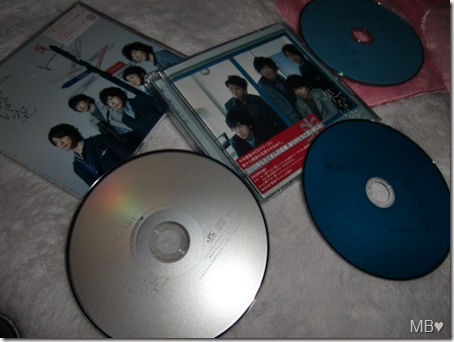 As Arashi releases~* their final CD of the year the fight for the year’s top spot for single sales lies in the balance and while it may be unlikely that not even Arashi~♥ can top the sales feat accomplished by AKB48~♥ with “Beginner” , only time will tell as “Hatenai sora” was just released on November 10th~. Arriving today along with Ito Yuna’s “Mamotte agetai”, Arashi’s new single maximizes sales potential by including their pv♥ and making of footage along with a 16 page photo booklet with their LE while their RE is also essential as it includes not one but two songs which aren’t included on the LE…..call it beyond temptation or perhaps mad~genius by the marketing gurus @ Johnny’s but either way I think most if not all fans will opt for both versions just to be in possession of the complete Arashi offering for the rest of 2010~.

Arashi’s “Hatenai sora” can be ordered here @ Cdjapan (note: LE is out of print)

Arashi’s “Hatenai sora” can be ordered here @ HMV Japan (note: LE is out of print)

Arashi’s “Hatenai sora” can be ordered here @ YesAsia (note: Japanese LE version is out of print, however YesAsia offers a Korean LE version of this single)

This pv♥ is most dreamy~* with a depth of surreal to it and coupled with the visuals of our favorite guys, Arashi has once again taken the art of the ballad to new lovely~heights. And for the Christmas present part? The fourth track on the RE (track two on the LE) is a Christmas song! I’d say it’s just a tad bit early but I don’t care this song’s going straight into iPod song rotation heaven =). 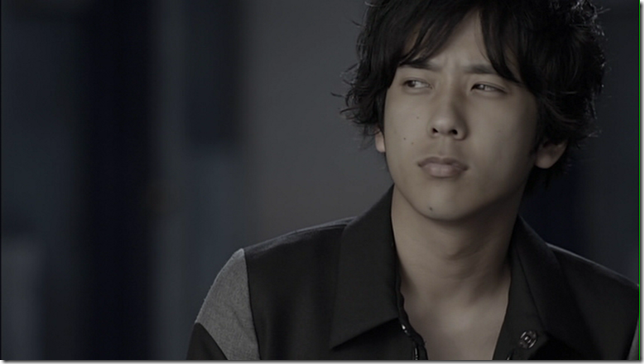 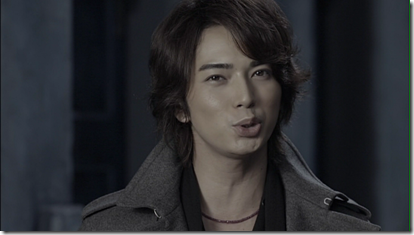 I found even with my initial listening of track 3 “maboroshi” that it was reminding me of a classic American pop song…….hmm can you guess it? The hint of similarity occurs only in the beginning of each chorus and my hint would be Earth Wind and Fire ＾ ＾。This song is really catchy~♥ and I find it rivals “Hatenai sora” which can only mean one thing!

Yes! Both “Hatenai sora” and “maboroshi” will receive…. 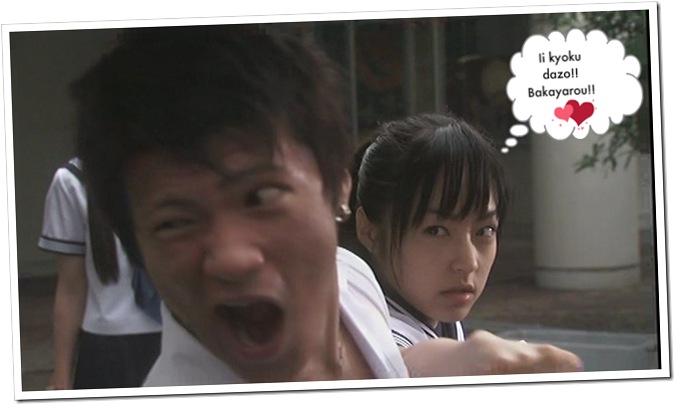 ..the coveted Maochan seal of music excellence award, well maybe not coveted ( 😛 ) but you get the idea (*´∀｀*) ♪♪

While scanning these earlier today I noticed that there’s a thin strip of a lighter shade visible horizontally in some images (about 2/3rds the way down)…like a strip of faded colors and it worries me as I wonder if my scanner is in need of replacement? It’s noticeable in some images more than others and I haven’t had this scanner for very long so would be most sad if it’s failing somehow (;´□｀)。 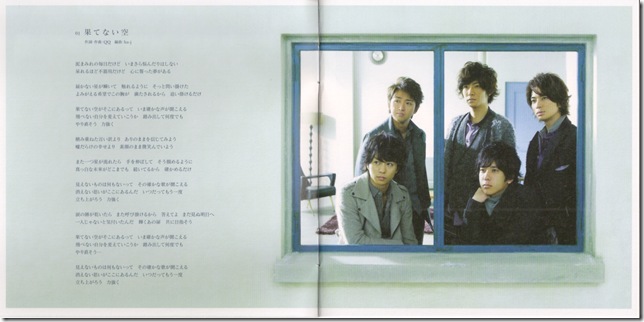 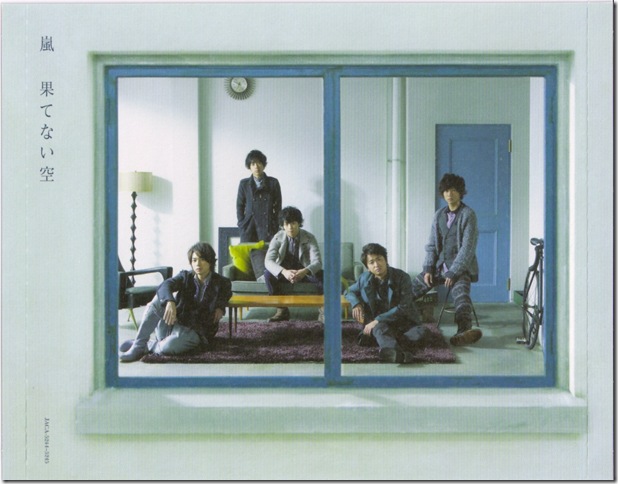 Lover and free spirit who's interests in Japanese culture and the like are insatiable. I am of pure Japanese/Okinawan descent, love my cats, sleep and am a bit naughty at times :).
View all posts by MorningBerryz →
This entry was posted in Johnny's and tagged ano hi no merry christmas, arashi, hatenai sora, maboroshi, story, 嵐. Bookmark the permalink.