Posted on 2010年11月9日 by MorningBerryz 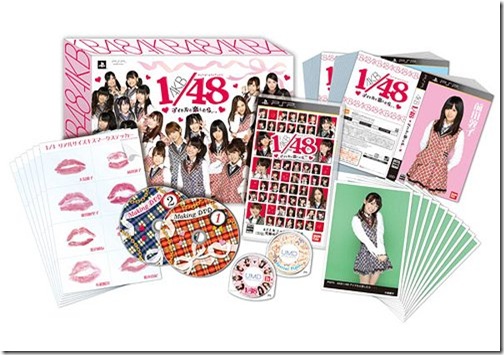 While Halloween may have passed last weekend you could have imagined that this past weekend was actually Halloween Sunday as there were some most scary things taking place @ the track (゜Д゜;)！！ 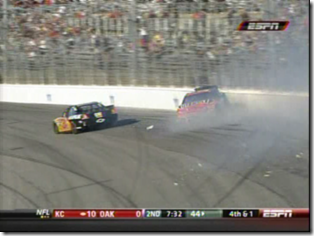 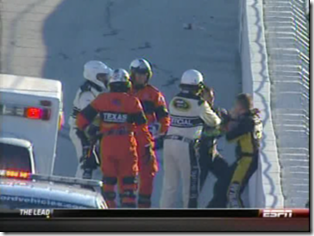 First there was the incident involving two most unlikely drivers as Jeff Burton appeared to run Jeff Gordon straight into the wall and all of that under caution when the cars were slowed down due to an unrelated issue elsewhere on the track :O. And while Mr. Burton said that it was an accident and that he didn’t intentionally drive Mr. Gordon into the wall, Mr. Gordon saw it much different as he approached Mr. Burton and proceeded to push and take him into what looked like a brief headlock :O. Luckily officials were there to stop this although it must’ve been most awkward for them to ride in the same ambulance to the care center immediately afterwards…..I don’t think they had a very pleasant ride or conversation in there.

It all started a bit earlier when Mr. Burton drove his car down low into turn 4 not giving Mr. Gordon very much room (which would be racing etiquette) and then Mr. Gordon drives up to the side of Mr. Burton’s car and expressed his displeasure…..and just after Mr. Gordon drives up in front of Mr. Burton which leads to him being driven straight into the wall :O. I’d like to believe that it wasn’t done on purpose but you can decide for yourselves as the video is just below….. 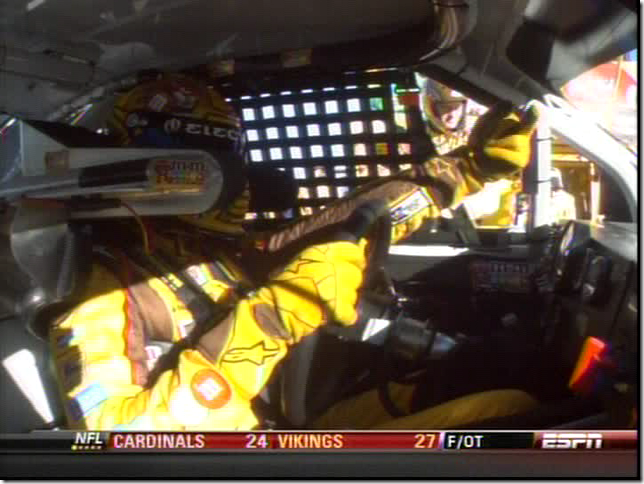 And if that wasn’t scary enough!, then there’s this um……really really bad gesture* which one Mr. Kyle Busch shows an official (゜Д゜;)！！

Sadly it was shown during the live broadcast and it was in really poor taste and judgment =(. So one Mr. Busch was expressing his anger after being held a lap on pit row after being penalized for speeding and trying to outrun the pace car in order to try to stay on the lead lap…..and the result of his poor action? He was then penalized further by being held for two more laps putting him then down three laps. The moral of this cautionary tale? Don’t do this!!!!! It was really immature and she showed no class =(. 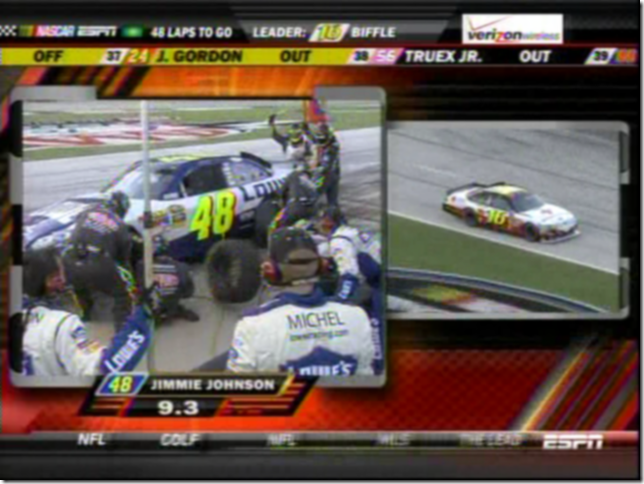 But wait there was more :O. As in Jimmie Johnson’s entire over the wall pit crew being benched during the race as the team opted to ask Mr. Gordon’s pit crew to service J.J.’s car for the rest of the race as they were performing so poorly and costing J.J. many spots. I hope it doesn’t hurt team relations although I can’t imagine it being a good thing to have to watch someone else do your job because you were having a not so good day yourself =(. Mr. Gordon’s pit crew was much better though so making the switch during the race really did help J.J. get a much needed better finish than he would have had the switch had not been made I think.

~Okay so after week 3 here are the current standings….

Mina is in 1st place with a combined average score of 34.

Mousoufest is in 2nd place with a combined average score of 53.

Johpan in in 3rd place with a combined average score of 53.25.

Hydeo is in 4th place with a combined average score of 53.75.

CK is in 5th place with a combined average score of 62.

Nothing has changed in the rules till now and for the upcoming race weekend which will be @ Phoenix International Speedway this coming Sunday. Everyone now has just four drivers remaining to choose from however please post them here anyway just as an acknowledgment that you’ve read this update =). Please post by Friday midnight (HST).

After the race @ Phoenix which is on Sunday the 14th please keep a watch for the seeding post which will follow shortly afterwards and from then the game format will change to an idol~♥ related game (TBA). Where you finished during the four week race portion will determine your seeding for the idol~♥ finale game which will determine the winner of AKB48’s psp game. This will also take us much closer to the release date of the game and I hope it’ll be much more involved and enjoyable~* for everyone =).

Lover and free spirit who's interests in Japanese culture and the like are insatiable. I am of pure Japanese/Okinawan descent, love my cats, sleep and am a bit naughty at times :).
View all posts by MorningBerryz →
This entry was posted in AKB48, Giveaway and tagged akb48, giveaway. Bookmark the permalink.