Posted on 2009年5月5日 by MorningBerryz 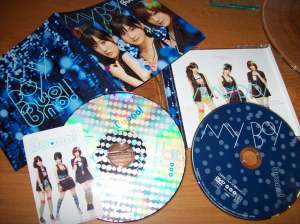 Whew~!….for a moment there I was so worried that Momo had somehow lost or perhaps misplaced her *heliumness*~♥~…luckily though all is well and in place as Buono!'s latest single release continues to make them H!P's and in a larger sense J-Idol's most rocking trio~!…"My Boy" is simply *sensational* in every way~!

I haven't watched any of Shugo Chara! just yet and it being the associated anime, just the sheer aggressiveness of "My Boy"makes me quite curious as to what this anime entails…

The *soul* of "My Boy"'s composition hits like a….thrash metal composition for the lack of a better description at the moment but in any case it's definitely at least of the "heavy metal" genre I think.~ "Janakya Mottainai!" remains yet as my most favorite Buono! metal release =) and the aggressive unison of instruments♪♪ is reminiscent of many past hard rock ♥'z of mine! But what's so awesome and unique about J-music is how even with such a hard driven composition, when the vocals hit you it then all becomes soooo *cute* all over again~! And another wonderful surprise is that while he didn't write the lyrics, Tsunku did write the music♪♪ for the title track "My Boy" and compositions like these just continue to validate Tsunku's amazing versatility as he's truly capable of writing so many style and genres of music as he's shown and proven time and time again~! =)

Buono!'s "My Boy" LE CD single can be ordered here at Cdjapan.

Buono!'s "My Boy" RE CD single can be ordered here at Cdjapan.

Buono!'s "My Boy" pv DVD single can be ordered here at Cdjapan. (to be released on May 13th)

Buono!'s "My Boy" LE CD single can be ordered here at YesAsia.

Buono!'s "My Boy" RE CD single can be ordered here at YesAsia.

Buono!'s "My Boy" pv DVD single can be ordered here at YesAsia. (to be released on May13th)

"My Boy" also seems to have a bit of a new wave identity going on as those keyboard riffs which occur during the song's intro and during its breaks throws yet another variable into what otherwise would be pure metal track….although there would absolutely be nothing wrong with that!! =)

The coupling with track "Warp" is much more tame for sure all the while still hinting at making this a true double a-side keeping with a well driven rock sound…and while being no where near as striking as the title track in terms of overall impact…."Warp" is actually a bit more of a melodic♪ track as it showcases each member's vocals somewhat more~. Somehow the vocal arrangement has a way of creating the aura of a mid tempo feel with its more smoothly flowing lines, while the instrumentation in contrast tries to keep up with its predecessor~.

The LE CD single release includes both a photo card (right) and a bonus DVD which includes a look into the making/shooting of each edition's jacket. The DVD runs approximately 7:16 and primarily highlights each member's thoughts on their incredibly *adorable* outfits as well as some of their thoughts on the single's style~.

Although I would so have loved if they'd included an alternate version of the title track's pv as has occurred in past H!P LE releases….it's still a very nice look into a bit of the behind the scenes of a fun and lively photo shoot………and as always is the case with Buono!…you can be sure to count of Airrin to *ham* it up for the camera with the cutest of expressions…she's just so spontaneously funny!…(^q^)! 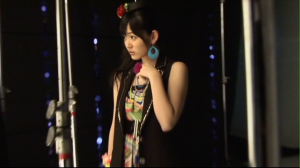 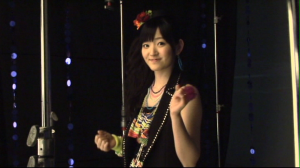 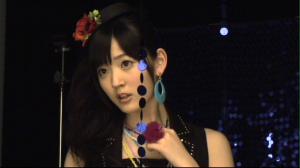 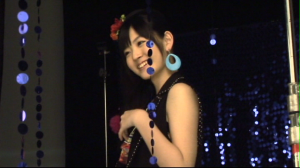 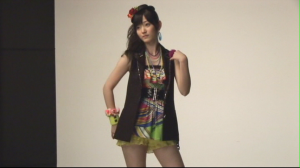 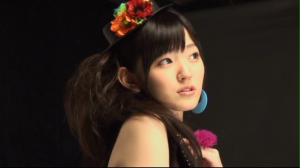 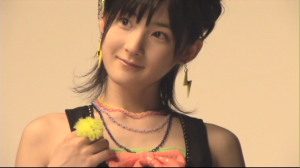 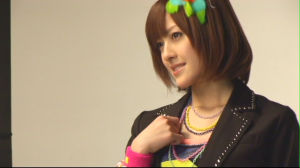 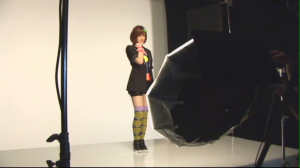 Lover and free spirit who's interests in Japanese culture and the like are insatiable. I am of pure Japanese/Okinawan descent, love my cats, sleep and am a bit naughty at times :).
View all posts by MorningBerryz →
This entry was posted in Hello! Project and tagged buono!, h!p, hello! project, momo, my boy, natsuyaki miyabi, suzuki airi, tsugunaga momoko. Bookmark the permalink.