Posted on 2009年4月16日 by MorningBerryz

At 560 yen Kindai's monthly publication stands as one of the most affordable…..(lol I say affordable as I usually end up paying anywhere from $21-$25 for a single issue after shipping charges have been added on)…as well as one of the more diverse idol/entertainment publications out there. What I mean by diverse is that when I first came across this magazine I was quite puzzled by its format initially as I couldn't really tell whom they were catering to…..fangirls?….male wota?……but after considering the approach that Kindai has taken in making themselves attractive to both aforementioned groups it's simply pure genius on their part that they have managed to snag a greater audience by um…confusing me at first!…(^q^)

The Johnny's boys are featured in articles presenting their new spring dramas with Nino in TBS's "DOOR TO DOOR"….Matsujun in TBS's "Smile"…..and Aibakun in "Green Fingers"….hmm here we call it having a green thumb. =) Seeing C-ute with a 6 member lineup reminds me sadly of Kannachan's hiatus from the group due to bunion……omg that looks so awfully painful (´⌒｀。). Get well soon Kannachan~! C-ute just isn't C-ute without you~! I wanted to include a partial translation of Manoeri's question & answer and I may have that up a bit later time allowing. Ueto Aya always looks so amazing and I love her CM spot being highlighted in her pictorial……..but really next to Matsujun always looking so handsome in "Smile" I'm really liking C-ute in their feature….so adorable as they continue to grow into young ladies……..Maimichan is already there! But then I'm sad again thinking of Kannachan's absence…..(;´□｀). Get well soon Kannachan…..I'm sure all C-ute fans miss you so much~. ＾ ＾ 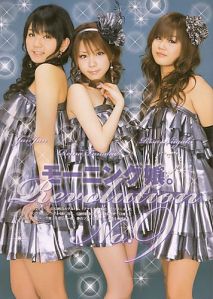 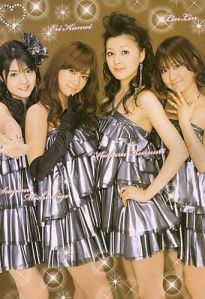 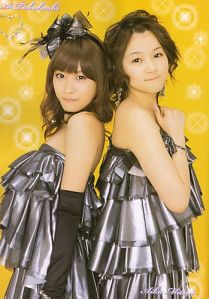 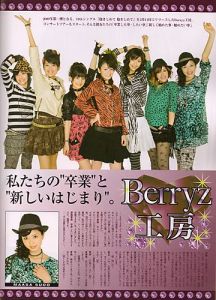 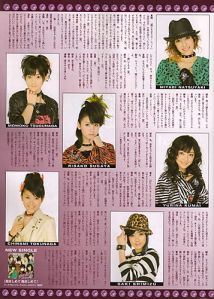 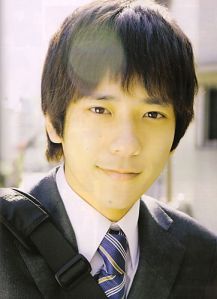 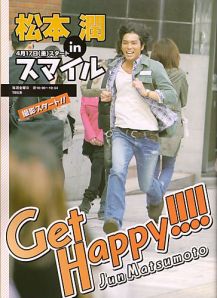 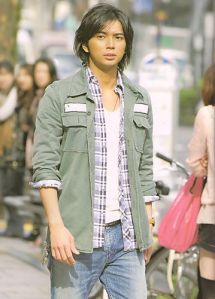 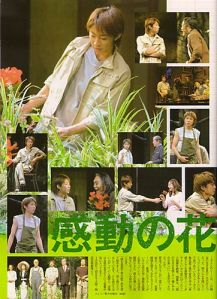 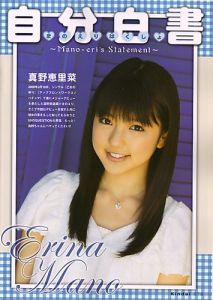 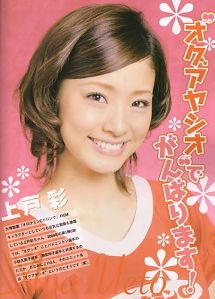 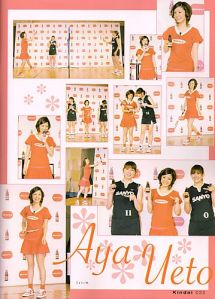 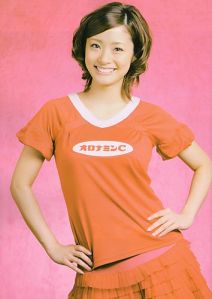 Do you buy this Magazine online? >.<

Yes Alezra, there are websites you can get Japanese magazines from like Amazon Japan and Cdjapan. Cdjapan offers subscriptions and Amazon offers single issues.

C-ute is one of the "Wonderful Hearts" groups in Hello! Project…..but sadly one member is away for awhile (Kannachan) so only six are pictured in this issue (;_;). One of my favorite C-ute songs is "FOREVER LOVE."

♥~Matsujun~♥!! o(*´∀｀)o゛ We have a store here that accepts subscriptions for Japanese magazines and since my brother already subscribes from them I've asked to have Kindai added on to his orders. Shipping is always so expensive though! 😮 I've also looked at subscriptions and orders from Cdjapan and Amazonjapan but I think they cost a bit more if I ordered through them instead although I just noticed that Cdjapan has reduced their shipping charges for every type of shipping at their site. ＾ ＾