Posted on 2009年3月21日 by MorningBerryz 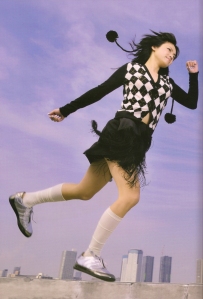 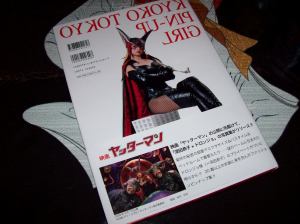 The word "idol" alone brings to mind instantly one of Japan's most accomplished in the business….Fukakyon (深田恭子) over the years has cornered just about every aspect, that being as an actress in movies, dramas, singer, musician, model, CM favorite, and her appeal has long translated Internationally as well.

~In movies and t.v. dramas a few personal favorites include: "Shimotsuma Monogatari", "Otoosan", "Fighting Girl", "To Heart~koishite shinitai~", "Friends" and "Strawberry on the Shortcake."~

In music♪♪, albeit brief I was able to collect her complete discography over a short span where she explored her musical side. Fukakyon also notably is an impressive pianist and perhaps one day she'll find her way back to a music career where this talent of hers will be further explored…I sure do hope~. 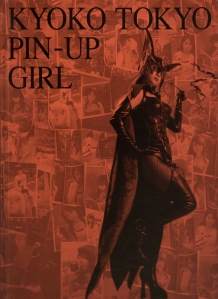 Well Arashi's Shokun shouldn't be the only one to have a bit of fun with their very own shashinshuu dedicated to the visuals of Yatterman…….so here's just a taste of what you can expect from Fukakyon's tribute of sorts to Yatterman and then beyond…

A portion of the shashinshuu is strictly dedicated to her character "Doronjo" where Fukakyon's wardrobe is as wickedly delicious as they come!…including a central gatefold four page fold-out.

However much of the fun, creativity and beauty of "Kyoko Tokyo Pin-Up Girl" lies in the expansion upon character idealisms where seemingly everyday scenery is found playfully blurring the lines of reality in bits with Fukakyon's self expression taking on a stream of dreamlike roles. For the most part though I stuck with scanning the cute photography shamelessly here…(^q^), and therefore I've left most of the surreal photography for you yet to explore if perhaps you purchase her shashinshuu…..

For anyone who's familiar with Fukakyon's history as an idol's life transitioned into stardom the following sentiment may likely be shared: As an "it girl" for a generation, Fukakyon's very being…in personal character, emotions, poise and physical beauty is one of Japan's most to be embraced by this generation and beyond. ………(゜∀゜)………。

Please enjoy the scans~!…she's just so perfectly beautiful! ＾ ＾ (watch for the photos in which shadow manipulation is wonderfully at work here!)

…and some of these photos are extremely *sexy* which really caught me by surpise in the sense that even in her younger "idol" days Fukakyon never really took to the whole bikini idol genre, appearing sparingly this way for someone of her stature even back then. And once her career really took off which didn't take very long~!…..Fukakyon much like her fellow idol/actress Yada Akiko appeared in magazine layouts more along the lines of a stylish fashion model in terms of wardrobe choices ^ ^………..

…so here we see Fukakyon in a somewhat rare light~ 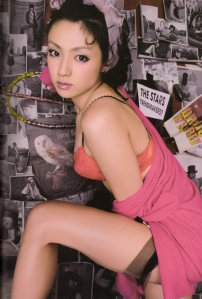 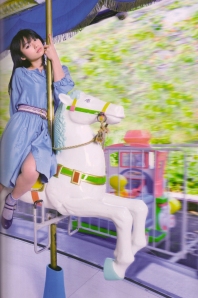 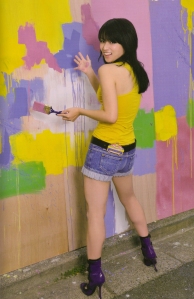 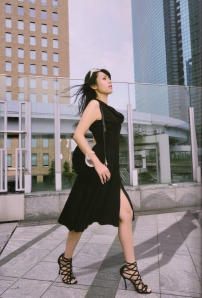 Lover and free spirit who's interests in Japanese culture and the like are insatiable. I am of pure Japanese/Okinawan descent, love my cats, sleep and am a bit naughty at times :).
View all posts by MorningBerryz →
This entry was posted in Japanese idols, Shashinshuu and tagged doronjo, fukada kyoko, fukakyon, japanese idols, kyoko tokyo pin-up girl, yatterman. Bookmark the permalink.