Posted on 2009年1月31日 by MorningBerryz

With my ever growing excitement of the Daytona 500 and the start of the new race season getting nearer and nearer I thought that a checkered background would be appropriate here….just hoping that the either the #48, #24 or the #88 crosses it first! ＼(^o^)／☆

Buono! is plain and simple just one of the most shining groups to ever grace the H!P landscape and their J-Pop utopia train continues to roar through the music scene with their latest single release "co no mi chi."

Group dynamics are so essential when the hopes of longevity are at stake and Pony Canyon's brainchild of a group continues to excel with a group chemistry that is truly second to none in our idol fansphere…..as Airiin, Momo & Miya have forged such a solid image, sound, and close knit aura that even the casual fan at this point I think would find it very difficult to deny that Buono! is firmly set to be a force to be reckoned with for many years to come in the idol music industry where a soar or sink reality has long been in place.

Buono!'s "co no mi chi" RE CD can be ordered here.

Even with a debut release as impressive as "Honto no jibun", all dreams and hopes of Buono!'s continued success have exceeded what I imagined initially and the stellar mixing of such endeared members from two high profile groups in H!P have produced a blueprint of sorts for which the next generation of artists/idols can truly take note of in hopes of succeeding as well. Buono! is made outstanding by the means of having 3 very distinct voices, 3 developed and talented voices, 3 very diversified personalities and amazing song writing to present it all.

Tsunku makes a collaborative appearance as he penned the music for the title track "co no mi chi" and the CD + DVD release includes a Shugo Chara/Buono! photo card as well as making of footage which runs just over 10 minutes.

Buono!'s "live band" sound has become trademark and the title track "co mo mi chi" doesn't waste any time getting into a frenzied rock-a-pa-looza feel but a great and notable aspect of their heavy hitting sound is no matter how wonderfully powerful the musical exterior is……the core of each great Buono! song is filled with the sweetest of melodies♪♪ and layers of simple but effective harmonies which immediately validates how all great groups which endure follow one simple mainstay, hook the audience where it's most likely successful. In the case of idol groups in particular not only are the hardcore wota but also the more casual fan succeptible to the combination of anything of substance and that which is undeniably catchy/cute! Buono! works this to perfection time and time again and the only bold step left would be to either participate in the music compositions or the instrumentation directly…either of which I don't see as too much of a stretch judging by what idols in the past have achieved as well as what these 3 stellar members embody and have already shown. That may be pushing the envelope somewhat but truly if UFA wants to further excel their family of artists then it must allow for them to grow individually as all of these girls possess untapped talent without any doubt. ^ ^ In the parallel world of JE, Tackey's latest release emphatically shows these possibilities….if, only there are allowed and surely encouraged. ^ ^

The coupling with track "Muteki no power" is no slouch to the title track by any stretch of the imagination and it's actually a bit more groove driven with an almost punk-R sound to it. The chorus does fair in direct comparison to "co no mi chi" but it's a small price to pay for such a cutely frenzied release! Something else that I've also come to realize about Buono!'s songs is that they seemingly never overstay their welcome as in drag on in any way as the musical compositions themselves are always so full of rhythm changes and interludes that they grace us in such a fashion which leaves the listener possibly always longing for more. =)

Airiin is wondering why the pv DVD single hasn’t been released just yet!

Once again I'm lobbying for UFA to once again release their CD singles and pv DVD singles on the same release date as they once did long ago….it still puzzles me as to why they stagger coinciding releases with latter dates as wouldn't any fan want to be able to watch both the pv and enjoy the single release in an adjacent moment? I'm often tempted to watch the pre-uploaded pvs (and I've caved on occasion! 😛 ) which always appear weeks before even the single is released but somehow that for me defeats the extra excitement of receiving the actual DVD release and subsequently watching it for the very first time. Funny I guess I'm sort of "old" fashioned in this way…….lol you're allowed to tease! XD

LE bonus DVD have now clearly moved away from sharing an alternate pv version as they have in the past (leaving those to FC event DVDs ^ ^ ) but with such awesomely cute footage of behind the scenes I'm finding these two part making of segments most enjoyable! ^o^♪♪ There's just over 10 minutes here and the promise of more with the pv DVD single's release! ………(゜∀゜)………。

We're treated to the jacket shooting footage and you have to love just the sight of Airiin, Momo & Miya mouthing syllables which appear on the RE cover! They're so cute with their expressions~!♥ But when it comes to hamming it up for the camera at any time…any given moment….any time she's awake……..it's all about Airiin by far in this dynamic! o(*´∀｀)o゛

Buono!'s resident ham is warming up and getting ready to go to work on your emotions! =) 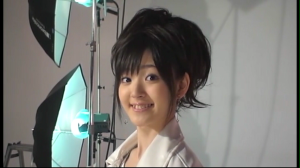 Vlcsnap-11627
=D
~Momo burns the adorable card into an blazing inferno of cuteness while Miya laces Buono!'s shoes (the foundation) with professionalism & leadership & Airiin brings the awesome quirkiness to levels of hypothermia!~

Airiin just cracks me up so much~! I can't help but smile and laugh whenever she's in her element as she's just so wonderfully offbeat at seemingly any given moment…..in all of my years of watching H!P and with all of the individually amazing personalities that they've given fans over the years, Airiin is just so unique in her ways so much that in a sense she stands above all of her predecessors in the ♥quirkiness♥ category~! ＼(^o^)／☆

….and her Momo "monomane" ("impersonation") is already legendary in these clips included with the LE DVD!!!! (*^o^*)….as she cracks up not only me but her fellow members as well!! 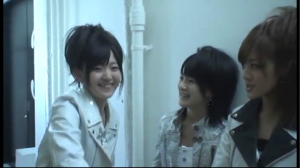 …..it's so true~!! and a somewhat long running joke that even dates back to one of BK's pv making of clips…..I'm trying to remember which pv DVD single it was from but I can't be sure without checking first so a guess would be maybe "Special Generation???"….lol I'm probably way off though just guessing off the top of my head. I bet Zush would know for sure! ^ ^ Miya was imitating Momo's running "♥technique♥" in one of BK's pv making of clips and OMG don't get me started with Momo at the running events at H!P's Sports Festival!!!!!!!!! It's so cute I may pass out~! XD I think I may have posted that somewhere here before…..mmmm she's so adorable! And I'm also "magnetically" 😛 attracted to Airiin even more as she really really really resembles one of my classmates from high school! ♥ Hm…I wish I could post their photos side by side but I don't think she'd let me. ^ ^ 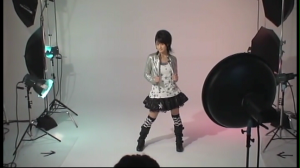 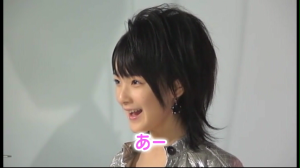 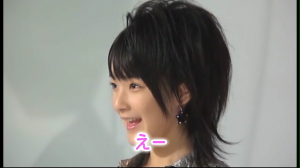 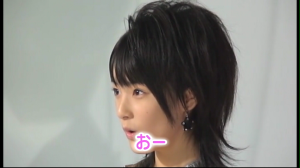 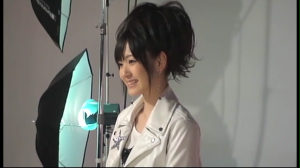 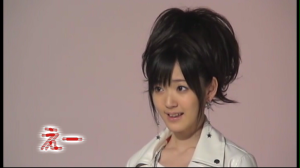 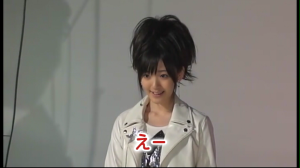 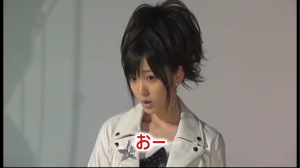 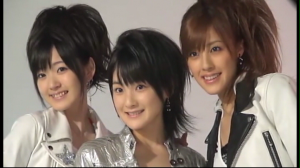 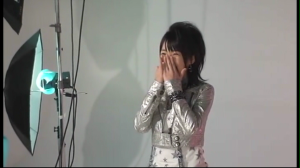 Lover and free spirit who's interests in Japanese culture and the like are insatiable. I am of pure Japanese/Okinawan descent, love my cats, sleep and am a bit naughty at times :).
View all posts by MorningBerryz →
This entry was posted in Hello! Project and tagged buono!, co no mi chi, h!p, hello! project, muteki no power, natsuyaki miyabi, suzuki airi, tsugunaga momoko. Bookmark the permalink.