Why oh why am I the last person on earth to watch the HYD Final? >_<

Posted on 2009年1月5日 by MorningBerryz

It seems that my New Year's hangover has lasted much longer than originally hoped for…..or hmmm intended~! 😛 No I'm not speaking of alcohol but rather just so many things to complete and get done in these first days of 2009 and I really apologize for my neglect here as I know it's been a really sad excuse of a blog lately…or hmmm now that I think about it it may have been sad all year. 😛

So I'm finally and I mean finally going to watch the HYD Final~♥!! movie and you can't imagine just how excited I am right now!!!!!!!! If you were here you'd surely have me commited for some sort of therapy or help as I'm just sooooo… =)…then I'm…o(*´∀｀)o゛♥…………followed by……..♪♪…and then it's (*´∀｀*) all over again. Lather, rinse and repeat as necessary. 😛 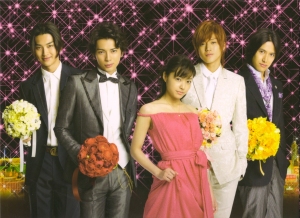 Well any sort of "serious" HYD Final post may be a couple of days away as I may be speechless or just unable to navigate a keyboard with my fingers but surely I'll be able to manage at some point…..I think. 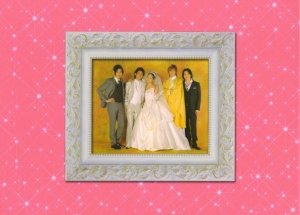 So for now all I can share are the contents of the box set which arrived recently and while the price tag was surely scary and had me pondering over the "buy" button for approximately 10 seconds it truly was inevitable that I add it to my virtual online shopping cart as I continued to stroll down isle 5 in Cdjapan's new release section. ^ ^ Actually I do tend to browse way too much finding things that weren't necessarily on my shopping list along the way….a great reason to never go to a supermarket with me ever…..:P

It's like a little travel case and I must say that it was certainly packaged with care assuring that it arrived undamaged. The exterior is of a slightly glossy finish and the well constructed case comes complete with carry handle and two nylon strap which assure that none of you fave HYD actors/actresses escape! 🙂 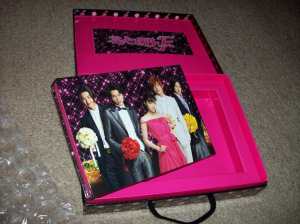 Opening the case reveals a beautfully presented DVD slipcase as well as 5 oversized postcards and a storyline/cast brochure. The images on the DVD casing as well as the postcards are stunning at the very least and these post cards are of a rather odd size…measuring…..5 5/16" X 7 1/16." The black & white photographs are absolutely picturesque as they feature the main HYD castmembers which we've all come to adore and ♥ so much through the previous two series! ^o^ I may be a bit biased in saying, but isn't this one of the most charismatic and attractive drama casts ever?! If not that, then perhaps it's largely due to the incredibly engaging storyline which keep us watching episode after episode just yearning for more and surely I will be quite depressed when the Final is over and I've nothing more to look forward to……great dramas have a way of leaving the viewer in such a state where you suddenly feel empty and lost as if you've just lost a loved one and best friend….maybe you've felt the same? ^ ^ 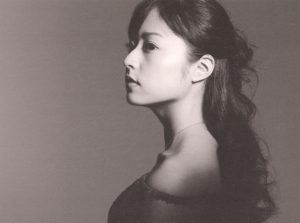 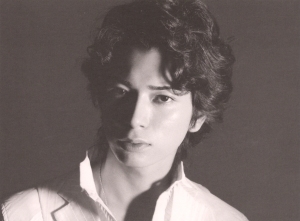 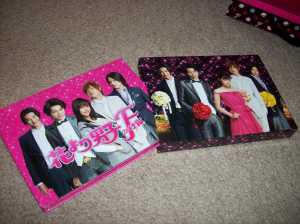 
The DVD's outer slipcase is perhaps the most attractive part of the set as the outer box is thickly constructed and completely decorated in HYD attire as is the inner DVD case as both are absolutely mesmerizing in appearance. Is it my imagination or has the entire cast gotten even more hot with each new encarnation of the series?! ^o^

The premium edition includes 3 DVDs with a director's cut (+32 minutes)….although I'm not going to be able to know the difference unless I view the theatrical version as well….hmmm I may just watch the extended version though. Other extras include t.v. spots, cast interviews, making of as well as a memorial event with additonal footage also shot in Okinawa.

32 Responses to Why oh why am I the last person on earth to watch the HYD Final? >_<