Posted on 2008年12月7日 by MorningBerryz 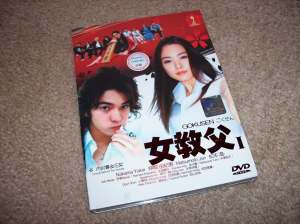 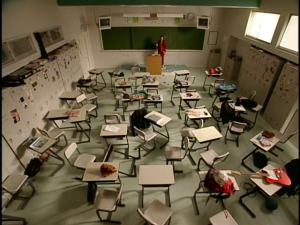 39. Yamaguchi sensei’s class “3-D” ranks among the most delinquent that I’ve ever seen…actually it’s more like a zoo at times! 😮

38. Nakama Yukie has grown to become my favorite actress overall…she’s just so beautiful, talented, and I love the roles that she chooses to play~! Yamaguchi Sensei being near the top of that list! ^-^ While her character can’t cook (burnt food at Sawadakun’s still lingers in the air! 😛 ) she teaches us morals in life and always has that “get up” when you’re down mentality to inspire us. ^ ^ And I cried at end of each and every episode! (;_;)

37. The theme song “Feel Your Breeze” by V6 is as endearing as the drama itself and in just a few episodes the two become inseparable in your ♥♪♪ Here click play above while I continue to ramble…..sorry an episode preview clip is in there too. 😛

36. Nakazawa Yuko stars as the school’s nurse!…need I say more?

35. Because oh my~! how cute teachers can influence the will to learn….um unfortunately it’s not Yamaguchi Sensei they’re “impressed” with. 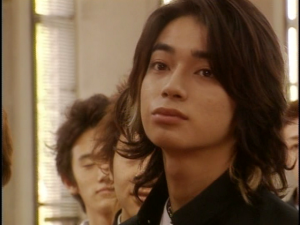 34. Matsujun…….his character started off as appearing a bit aloof at times but everything really did come together by the end! =)

33. Just the premise of the night and day appearance of Yamaguchi Sensei is amusing and endearing at the same time….at home ironically more glamorous while at school…well somewhat dorky I’d have to say. ^ ^

30. The dual role dynamic works wonders here and everyone should be so lucky to have a yakuza sensei so sweet~!

29. Their the most embraceable yakuza family ever!! Respect, honor, strong ties and ♥…..

28. In a yummy twist of fate Yankumi’s sudden “love at first sight” interest turns out to be an officer of the law! :O And just to watch her crumble like a cookie everytime he’s around is pure ♥! ^_^ 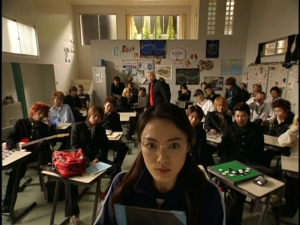 25. Because butt kicking can be sooooooo cute doncha think?!….but at the same time so can………….

….pretending to be all cute & cudly when your love interest suddenly arrives unexpectedly just as you were about to kick that guy’s butt~!………….. 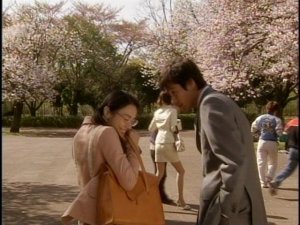 24. Because an intoxicated Yankumi is even cuter than a sober one~! ♪♪

21. Because two bears are better than one!… 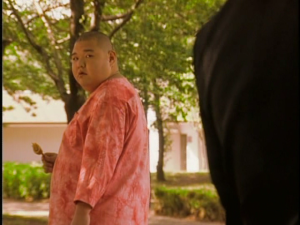 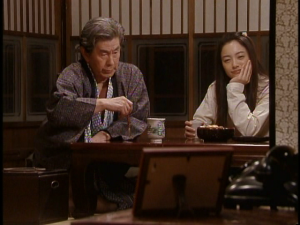 19. Yankumi and her grandfather have the most nuturing conversations for the soul and those are always one of my favorite parts of each episode.  (*´∀｀*)♪♪

15. Because more dramas should have Momusu references like the one that occurs above! =) Hmm….but for a “future career”, I wonder which song he chose the lyrics from??? 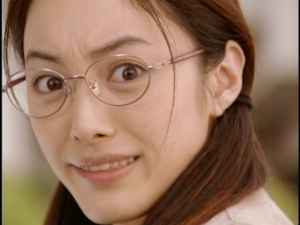 14. It cracked me up each time Yankumi called the police…the “fuzz” accidentally…..um especially when they’re…

12. Did I already mention Matsujun? 😛 And I must admit that the sight of seeing him dance as a cheerleader while slightly frightening is also alone well worth the price of admission! ^o^

11. The head teacher is so deviant and deliciously phony that it makes you cringe~! :O

10. Yankumi has the “best” timing when her class is engaged in secret talk….my on screen eavedropping hero~! ^o^

9. Just the sight of yazuka selling takoyaki on the side…lol! =)

8. While there have been countless on screen disguises used over the years…Yankumi’s is the best ever!!! Matsujun’s expression says it all! (^o^)/ ♪♪……… 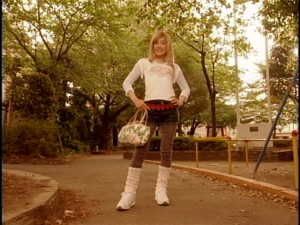 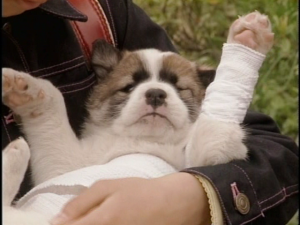 7. Because cute and cuddly animals always add reasons to love a drama! Awwww kawaii inu~! It’s a good thing that Uchi saved him from that terrible student!

6. The bumblings of Yankumi’s “family” are quite endearing and run deep, including this….um not too well thought out gift of offering alcohol to Sawadakun! :O 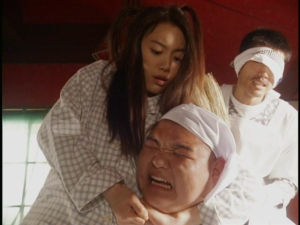 4. And waking up Yankumi in the morning can be a dangerous affair~! 😮

3. Yankumi in a sweet effort to gain her all male class’ attention to study more attempts to “beautify” herself by taking drastic measures!!………. 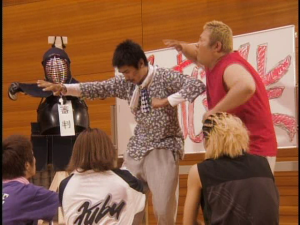 2. Because we get an “endearing” lesson on how to play yakuza style basketball….hmm something tells me that he’s never actually played basketball before. 😮

Lover and free spirit who's interests in Japanese culture and the like are insatiable. I am of pure Japanese/Okinawan descent, love my cats, sleep and am a bit naughty at times :).
View all posts by MorningBerryz →
This entry was posted in Japanese dramas and tagged drama, gokusen, japanese dramas, matsujun, matsumoto jun, nakama yukie, oguri shun. Bookmark the permalink.