Posted on 2008年2月24日 by MorningBerryz

Abe Natsumi & Yajima Maimi "16sai no koinante" PV DVD single
I know that I'm probably the last person to watch this pv as I've been fighting the temptation to watch it online for weeks now as I've been waiting for my copy to arrive. More of my thoughts on the actual song can be found here in a post from a few weeks ago when I received the accompanying LE CD single. The overall look of the packaging is very similar to the CD releases as the photos used are alternate shots from the same photo shoots and I have to say the more I see these two together the more I find them to be such a match made in heaven for one another. And with this particular release relating directly to age and age difference with a touch of love it's really so fitting to have H!P's most visible "senior" (Nacchi you're not old but Tsunku or UFA likes to refer to you and a few others as 'senior' :O ) member and H!P's most prestigious younger groups' (C-ute) leader collaborate together for such a release. While Rikachan has been noted by other members such as Aichan & Gakisan as being quite motherly to the younger members, Nacchi also possesses this quality in a somewhat more subtle way but none less affectionate. Add to all of this the much more simple aspects of Maimichan's voice with Nacchi's well groomed vocals which are both mature and filled with character and you have the ideal analogy to represent the lyrics within the title track as it draws parallels on several levels upon further thought.

"16sai no koinante" has a running time of just over 24 minutes and it includes both the original pv version and "close-up version" and of course an extensive "making of" segment which covers jacket photo shoots, pv making of, and a photo gallery. What's new about this release in terms of content is the addition of an "special end roll" track which includes a really extensive list of production and everyone involved under the sun thank yous. While watching the making of footage I found a job that I'd love to have while on location for the shooting of H!P pvs…I noticed that there's someone assigned to holding up the camera's cords and keeping them in order….I want that job as it'll get me closer to my favorite idols with minimum experience requirements!! 😛 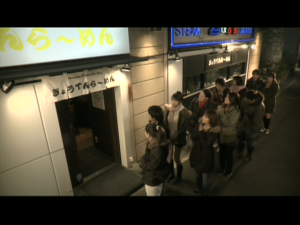 It's a bit chilly here on Oahu tonight (and by chilly I mean 'chilly' by Hawaii standards as that would translate into "comfortable" for much of the population elsewhere on earth this time of year 😛 ) and what an appropriate pv to be watching as Nacchi & Maimichan wait patiently outside in the cold while waiting to gain entrance into a popular ramen locale. While the entire pv is built around this simple idea, I always rejoice in seeing H!P venture outdoors for any pv's production these days as I imagine that production costs or other factors for such a venture may be the cause of so many pvs lately being shot indoors in studios with an abundance of blue screen backdrops lending to artificial atmospheres in post production. This makes pvs such as "Aruiteiru", "Joshikashimashi monogatari", and even the simplicity of "Iki wo kasanemashou" to name just a few a real joy to watch as UFA has embraced the effectiveness of shooting on location in a real atmosphere and I'm speaking in recent times of course.

While some may have found this pv to be a tad on the dare I say 'uninteresting' side due largely to its simplicity I find a purpose in its approach as the song itself has been revealed even more so upon viewing the pv as a conversational piece. It really didn't dawn on me previous to seeing the pv that the lyrics are really written out in the context of sort of a conversation and this duet relishes in this format and therefore I can see what the director's vision is and the reason for its simplicity. A "conversation" such as this one would likely occur in one location and the inclusion of various locales if the director had chosen to jump to different scenery during the pv would have only weakened it's impact for what it appears to represent…that of course being that I'm not being too much of a "space cadet" here and in that vein reading far too much into it! 😛 I love watching Maimichan's facial expressions and her overall demeanor as she ventures into the performance of both giddyness and nonchalant (the first one really isn't a real word is it?! 😛 ) in the pv's footage as she acts out the scene and any H!P fan who's familiar with Nacchi knows just how energizing her presence can be in just about any given situation. "The joy of performance" as zdorama once stated. 🙂

An amusing thing to note is Maimichan's attire which is comprised of Wintery inspiration complete with cute scarf but also the choice of shorts versus anything warmer! :O Hmmm…my initial thought was that the whole chilly scenario could be pure acting on everyone's part but then upon seeing the filming crew as they are indeed dressed in warm clothing worthy of a chilly evening I find it so amusing that Maimichan is dressed in shorts for this pv!! Furthermore you can see her holding a jacket over her legs in the making of footage when they're covering the "close-up" version's footage. :O Another amusing thing to note is Maimichan's…well I'm strange myself so it's kind of calling the kettle black here :P…but she has this "strange" idiosyncrasy where she opens and closes her mouth just before her photograph is taken (watch the jacket making of footage and you'll really notice it…it actually occurs every time!)….uh…while lacking for a better description at the moment…it's kind of fish like when they breathe…but it's sooooo cute really!!!! The next time I take a picture I'm going to try this! (^o^) She's just so adorable and has perfect facial features!!

On a final note, the "making of" segment also shows evidence of Nacchi & Maimichan's newly found chemistry while working on this project and you can really see the mutual love and respect shared between them throughout the shooting. ^_^ And when it comes to chilly nights and the ideal treat…ramen is the way to go! Time to warm up! Here's my favorite ramen. 🙂 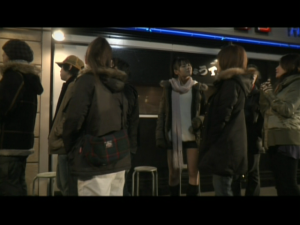 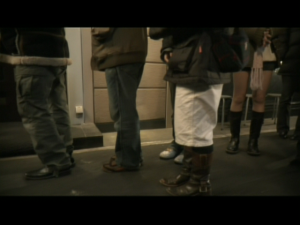 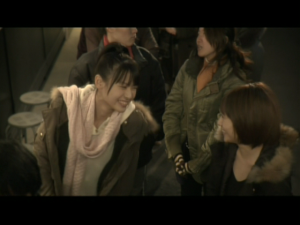 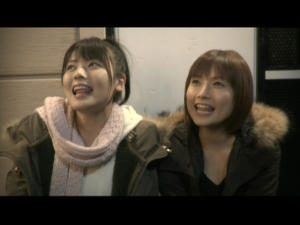 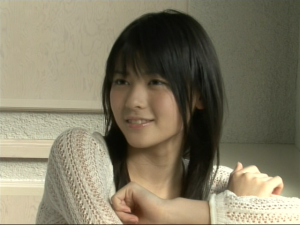 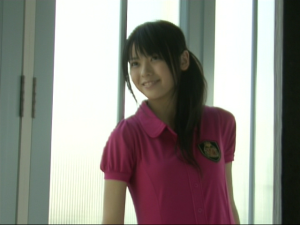 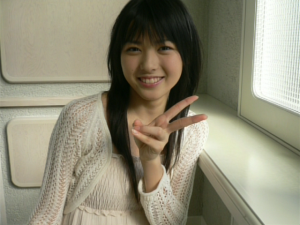 vlcsnap-43120.png
The only version "missing" from this pv release is the "close-up ramen version"…as we did see them finally gain entrance into the eatery in the "making of" segment! 😛 Keep warm!! 🙂

Lover and free spirit who's interests in Japanese culture and the like are insatiable. I am of pure Japanese/Okinawan descent, love my cats, sleep and am a bit naughty at times :).
View all posts by MorningBerryz →
This entry was posted in Hello! Project and tagged 16sai koi nante pv dvd single, 16sai no koinante, abe natsumi, c-ute, hello! project, j-pop, nacchi, yajima maimi. Bookmark the permalink.