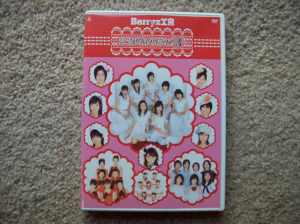 Berryz Koubou single V clips 3 DVD
The seemingly long wait between their latest single release and it's original accompanying pv has come to an end as it arrived today on Berryz Koubou's latest pv clip collection. The incentive created by including a group/artist's latest pv exclusively on these pv compilations has long been a practive of Hello! Project thus urging fans to purchase these releases even though one may already own all of their pv DVD singles. I most definitely fall into that category and the allure of having pvs grouped together in these nice digests also makes for an attractive acquisition. 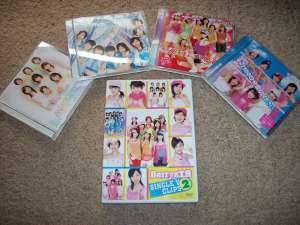 Berryz Koubou's "Single V Clips 2" includes just one exclusive pv which is the "Close Up Ver." for "Gag hyakkaibun aishite kudasai", T.V. spot ads for all included singles, along with a special jacket shooting segment for their "Special! Best Mini~2.5" album release.

Berryz Koubou's "Single V Clips 3" which was just released on December 12th includes an additional "Close Up Ver." for the pv "Munasawagi Scarlet" along with the exclusive inclusion of the original and "Close Up Ver." of their latest single "Tsukiatteru no ni kataomoi" as well as its accompanying making of segment which runs approximately 14 1/2 minutes. T.V. spot ads are also included on this compilation. While purchasing these pv collections is a cost wise way to own the majority of their pvs what is left out for the most part are the great making of segments for each single release as most of them are only available on the individual pv DVD singles.

My anticipation was extremely high for my first viewing of the original version for "Tsukiatteru no ni kataomoi" and it's everything that I dreamed and hoped it would be and beyond! I'll just make a few notes here as my original thoughts on this single itself and it's appearance can be found in my previous "The Berryz Strike Back" post. Already being familiar with the beautiful sets and backgrounds for this release from viewing the "Dance Shot Ver." which was included with the limited edition pressing of their single which was released a couple of weeks ago, the flow of the original version with the additional shots and angles really makes this pv the best of them all. Hints of Greek goddess inspiration were already visible in the "Dance Shot Ver." via their incredibly stylish outfits, most notably Risakochan's adorable leggings, but here that vision becomes complete with the addition of the classic "still" member poses along with free flowing heavenly sheets giving this pv the ultimate East meets Greek empire aura.

The styling of the members are at an all time high for me as everything from makeup, hair, and did I mention those outfits?!…possibly only second to Momusu's "The Man Power!!!" togas are absolutely breathtaking throughout the presentation! This pv is simply directed and edited to perfection. On an overall level the original version of "Tsukiatteru no ni kataomoi" sits along with elite company in the top tier of all Hello! Project pvs in my opinion. The Berryz have just never been presented in this wondrous type of light before and it may be hard pressed to surpass this effort, though which each release BK has done nothing but just get better!! And with every member so accomplished in their art, this release is a culmination of all of that previous experience rolled into this triumphant release.

Risakochan who's been gradually becoming the "face" of the group displays her sweet charm throughout this pv as she's been placed in the "starring" role. Through facial expressions and body language she's absolutely adorable! The pv for "Waracchaouyo BOYFRIEND" serves as a great predecessor for this unique Risakochan charm which has now developed into something even more. While I've read that some fans are actually being turned off by Risakochan's ascent to the forefront in the group, I for one am overjoyed as she is my favorite BK member with Momo a close second. I do however understand these feelings that other fans are having as indeed with a great group like BK, every member is deserving of that same attention. H!P groups have long gone through cycles like this one as various members at different points have been featured at times and like those trends, I fully expect to see it cycle through with the attention being given to different members in BK as they push towards the future. But for now Risakochan has developed at a point where she's a fitting choice for this time of the group and with that she's really doing her best I feel. 🙂

When it comes to making of segments, simply there is no one that does it better than H!P and the one included on this DVD for "Tsukiatteru no ni kataomoi" is no different! From photo shoots, the making of the pv, and a bit of Risakochan & Miya cam footage it all makes for a very enjoyable look into this release. Lots of fun and candid footage is also present with the highlight being a "rollercoaster" enactment which is just too cute for words. 🙂 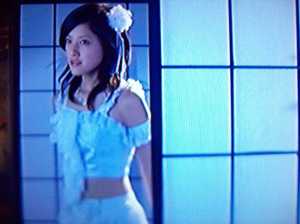 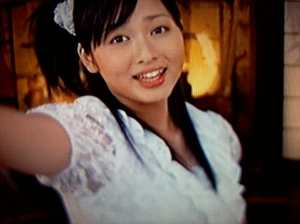 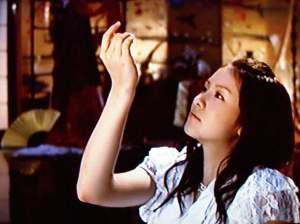 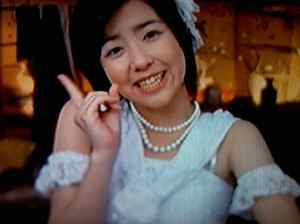 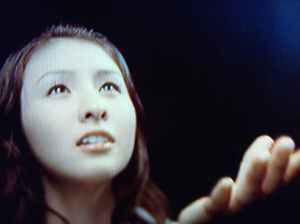 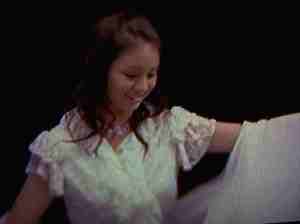 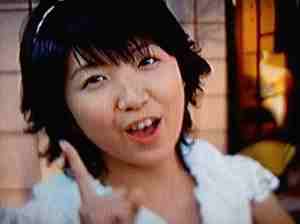 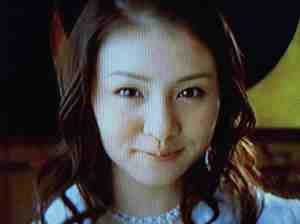 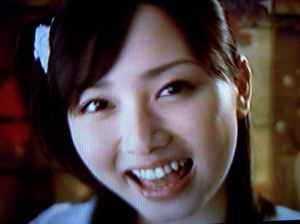 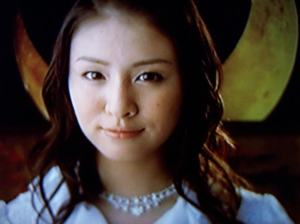 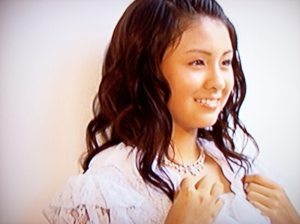 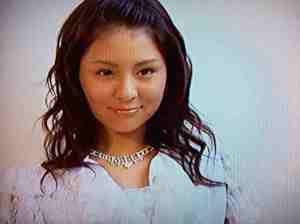 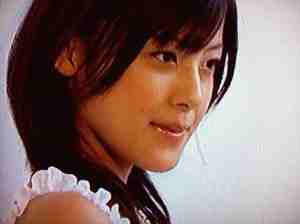 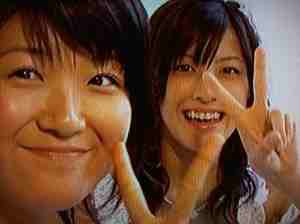 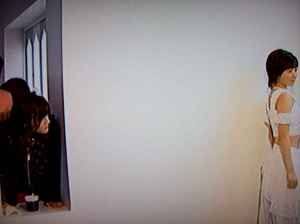 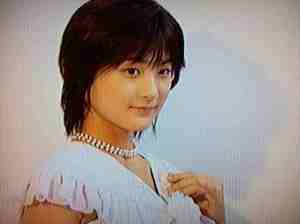 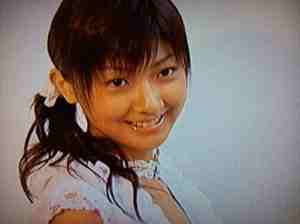 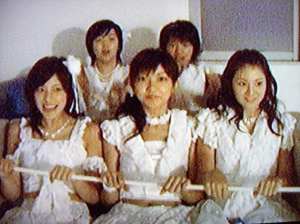 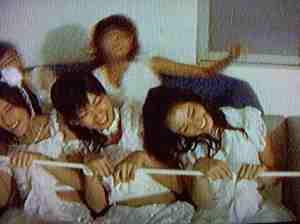 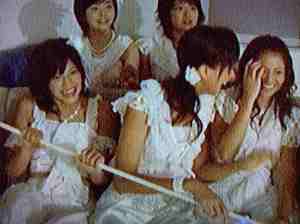 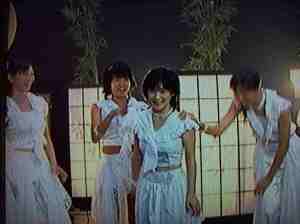 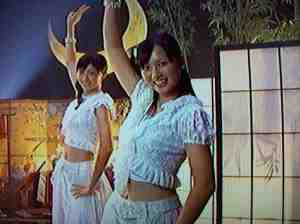 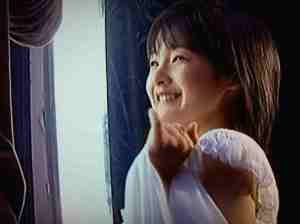 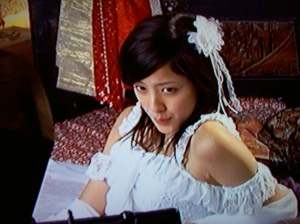 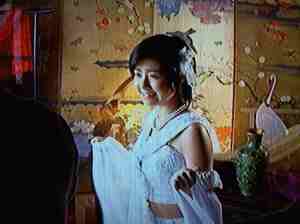 Lover and free spirit who's interests in Japanese culture and the like are insatiable. I am of pure Japanese/Okinawan descent, love my cats, sleep and am a bit naughty at times :).
View all posts by MorningBerryz →
This entry was posted in Hello! Project and tagged berryz kobo, berryz koubou, hello! project, single v clips 3, tsukiatteru no ni kata omoi. Bookmark the permalink.