Morning Musume. tanjou 10 nen kinen hon (front cover)
B.L.T. magazine like Wani Books & Up to Boy has had a long relationship with Morning Musume that dates back to July of 1998. Back in June of 2003 Wani Books released a 5 year anniversary photo book dedicated to Momusu through the strong relationship they have with the group through their publication Up to Boy which has covered the group since their debut. B.L.T. isn't a magazine that I'm familiar with and I only heard about this special "mook" (magazine/book) release from momo in New York. It's a soft cover book that's beautifully presented with its thick glossy outer jacket.

The set up of this book is pretty original as it's presented with either an introduction and interview with the current members if read from the front or from the graduated members (who are still active in H!P with the exception of Makochan who's presented here with an older interview from their magazine) if it's read from the back. Interviews include: Lin Lin, Jun Jun, Mitsii, Kohachan, Tanakachi, Sayu, Kamei, Gakisan, Aichan,Yukosan, Kaorin, Nacchi, Kei, Marippe, Gocchin, Rikachan, Yossi, Nono, Konkon, Makochan, and Mikitty. This book is wonderfully illustrated with all new pics of the girls shot special for this release as well as a well documented walk through their entire 10 year existence. A time line of every Momusu related commercial release is listed on the sides of each page and accompanying articles from B.L.T.'s past issues are also included.

This book also features off shots from B.L.T.'s vaults, cover galleries of past issues which show us some really great looking covers some of which feature group shots, solo member covers shots, as well as a few special unit cover shots including Ongaku Gatas & Kira Pika. Another unique aspect of this publication is that they release some of their issues with various collectible covers! Their March '07 issue actually had 5 different covers!! If I came across this sight at a bookstore I would've had the hardest time choosing which one to get and probably would have wound up buying every cover even though it's the same issue. 😛

Here's a glimpse of what the inside of this release looks like to give you a feel of this book as I took a few shots of some of the pages. Above I've scanned one of the photos which accompanies Kamei's interview article to commemorate her finally becoming my favorite Momusu member just a couple of days ago. 🙂

If you're interested in acquiring a well produced book which celebrates 10 years of Momusu then I highly recommend this publication. And while history is still being made by Momusu this book provides a nice memorial for any fan. 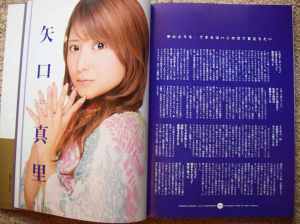 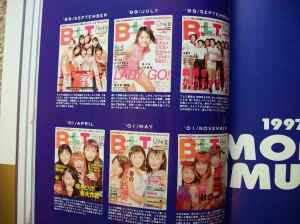 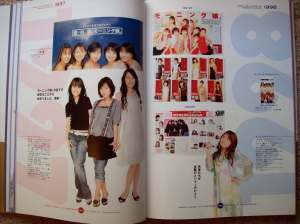 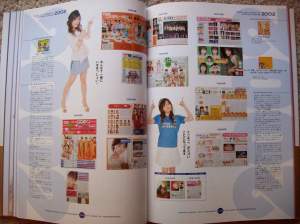 I think its cute that they have the members imposed on each page pointing to the various articles. 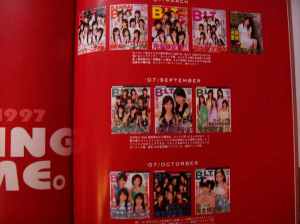 Sorry some of these photos are a bit blurry. 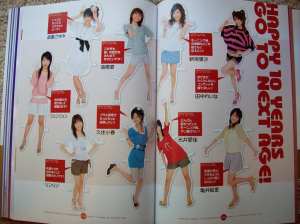 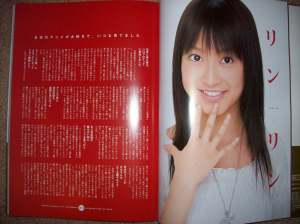 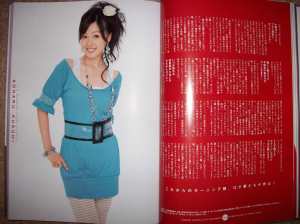 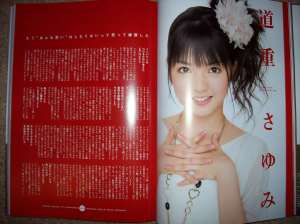 The 5th anniversary Up to Boy special edition Morning Musume book that was released back on June 15, 2003 is presented as much more of a photo book than B.L.T.'s recent release. With lots of beautiful off shots many never published before this book is a very nice journey through their first 5 years! Starting off each chapter are photos of every cover that H!P was featured on during this period. What's really nice are the candid photos including numerous polaroids that the members have affectionately written and drawn on. Also included is a question sheet, many features on the various t.v. shows that they had during this period including the sensation that was Hello! Morning, shuffle groups, H!P movie articles, and shashinshuu recollections including solo member and group works. All beautifully put together making this an essential fan collectible!

Here's a brief look at this sensational release. 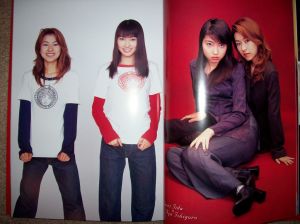 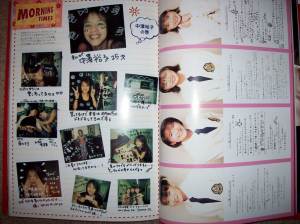 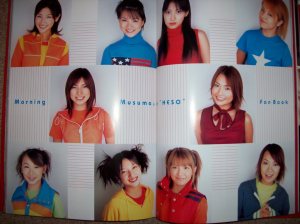 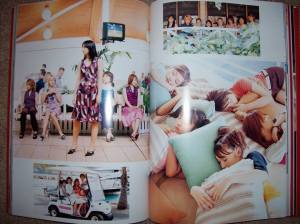 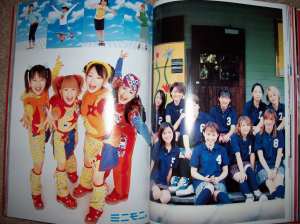 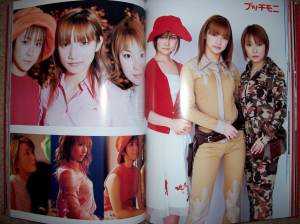 The final pages reach the introduction of Gen.6's Sayu, Kamei, & Tanakachi and the book closes with the announcement of Sakuragumi & Otomegumi.

Lover and free spirit who's interests in Japanese culture and the like are insatiable. I am of pure Japanese/Okinawan descent, love my cats, sleep and am a bit naughty at times :).
View all posts by MorningBerryz →
This entry was posted in Hello! Project, Shashinshuu and tagged b.l.t., h!p, hello! project, j-pop, japanese idols, momusu, morning musume, morning musume tanjou 10 nen kinen hon, pb, shashinshuu, up to boy, wani books. Bookmark the permalink.