Posted on 2007年8月3日 by MorningBerryz

I've been buying Morning Musume/ H!P releases since February 1998. This is the short version of how I discovered Morning Musume which later grew into Hello! Project. While working at record we were lucky to start receiving J-Pop as a new section was born. Originally the store would just bring in whatever was currently on the Oricon Charts in Japan but later I was actually able to order whatever I wanted which involved mostly going through new release pamphlets and magazines which were sent from the Tower export division in Japan. My first J-Pop purchase was Morikawa Miho's "Voices" album which was on the Oricon in late 1992. It was the perfect album to start with as a first impression of any kind of new music is important as to whether you'll keep listening to it or move on. "Voices" has such great catchy pop songs and Morikawa Miho's voice is dynamic and powerful! Songs I'd recommend if you ever have a chance to check out some of her music are: "Blue Water", "Yes, I will…", "Positive", "Mezameta Venus", and "Tsubasa ni kaete." J-Pop buying was a real learning experience as I didn't know any artists and was becoming familiar with J-Pop as I went along. Sometimes I ordered things that weren't so great but at the same time I found some really great artists/groups along the way. I made a 6 volume mp3 collection for Paul Thomas a few months ago which contains 422 songs from a large variety of J-Pop artists & groups. I went through about 1900 Japanese albums & singles choosing my favorite songs in order to make these compilations. It was a collection that was about 14 1/2 years in the making. In late 1997 I'm guessing either November or December as we typically received new release catalogs about 2-3 months before release dates, I came across Morning Musume's "Morning Coffee" release information. I had no idea who they were but Nacchi caught my eye and even though I didn't know what they were going to sound like I ordered it blindly. When it arrived in early February 1998 I bought myself a copy and put the rest of the singles on the shelf. When I first listened to it I was immediately blown away by the b-side "Ai no tane." This is the first Momusu song that I ever loved and if you read my favorite song list that I posted here recently than you saw that it's still my favorite Momusu song of all time. I have a sentimental attachment to it and it's also just such a perfect J-Pop song in every way for me. Unfortunately the copies on the sales floor weren't selling so I put them into my listening station and just like that they all sold including the play copy! Four months later and their second single "Summer Night Town" was being released and of course I ordered it! When it arrived I was shocked to see that there were now 8 members in the group! And just a little more than a month later I was amazed that they were already releasing an album. When the album arrived I couldn't believe how many good songs were on their debut album! One thing to note about early Momusu is how awesome the vocals are. I'm not saying anything bad about the current Momusu but anyone who listens to early Momusu I'd imagine would agree that they were really selected and trained to sing very well. The harmonies on such a song as "Yume no naka" really make this point. It was when I received this album that I first began to notice Ayappe. And a battle in my head between Nacchi and Ayappe ensued! lol. Nacchi is my all time favorite Momusu/ Hello! Project member and don't imagine that will ever change. I just have too much history of liking her so much that she will always remain #1 in my heart no matter what changes Momusu or H!P go through. And boy have there been changes! Ever since I bought their first commercial single "Morning Coffee" I have been buying Momusu and Hello! Project releases and have remained a fan ever since then. What I'd like to share with you is everything that I've collected so far. The following is a break down of everything H!P that I own. Even after doing this I have a feeling that I may have missed something. Here it is. I've collected a total of 301 H!P albums & singles and 261 H!P DVDs. 301 albums & singles is a significantly large part of the 1922 total J-Pop albums & singles that I own. And 8 more H!P releases arrived today. I'm listening to Berryz Koubou's 4th album right now and I'll have a post about it tomorrow.

Picture albums which include 521 pictures and 22 postcards.

And lastly there is a picture of misc. goods including some cards, fans, a cup, clear files, photographs, keychains, wristbands, pin, and anything else I may have forgotten. 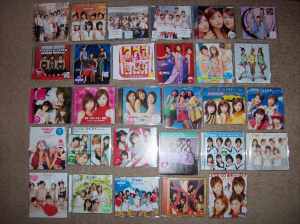 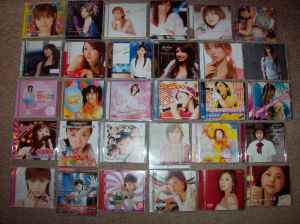 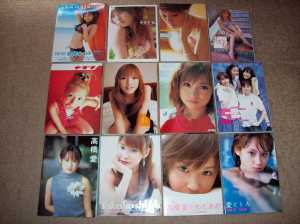 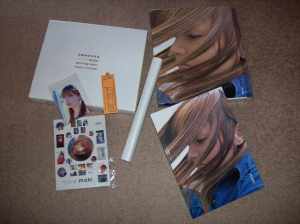 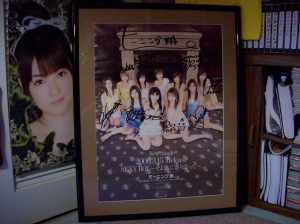 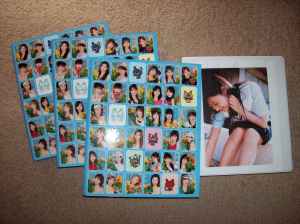 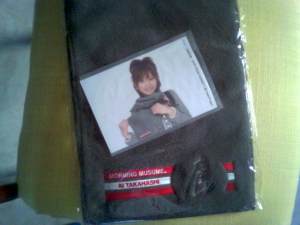 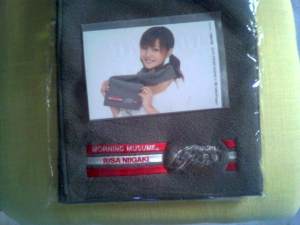 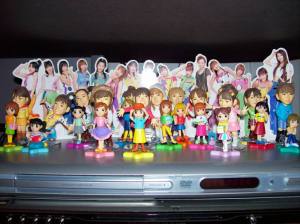 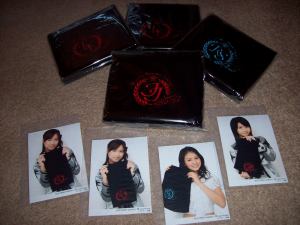 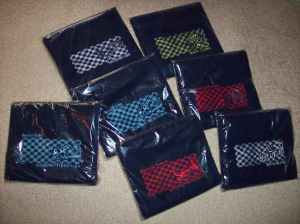 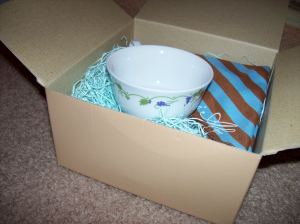 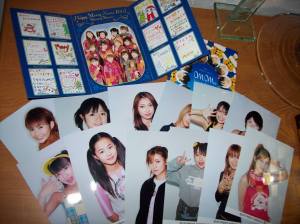 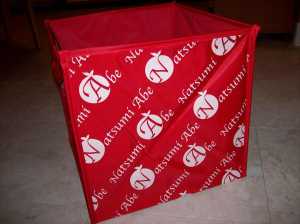 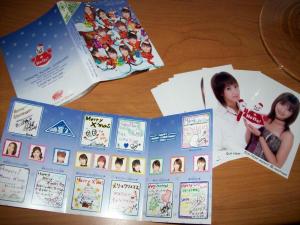 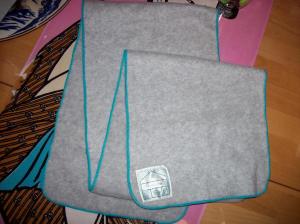 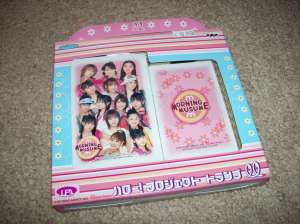 Kyaaa! I just realized I forgot the picture of Kamei's gray scarf….and this post really needs to be updated one day properly! XD…so many things missing.