Posted on 2007年7月24日 by MorningBerryz

This is about a week early as I've been doing my Morning Musume favorite member rankings every 8 months and it wouldn't be due till next week but this time I'm doing this a bit differently. I was thinking about doing a H!P all time favorite member ranking and while pondering this I thought about how I would rank the members of just Momusu and Berryz Koubou if they were merged together into one list. Because if I can't combine just these 2 groups how do I expect to be able to rank the entire H!P family?! So I went to work on this list which would combine Momusu and Berryz Koubou together.

One important factor in making this list for me is that within the last year or so I began to see Berryz Koubou as an equal to Momusu. Before you throw watermelon at me (because it's in season and it's really refreshing!) let me state it more clearly. While Momusu is the birth of H!P and their importance cannot and never will be matched by any other member/group in H!P what I mean is that I like these 2 groups equally. Momusu is where it all started, the house that Nacchi built. 🙂 Asayan. "Ai no tane." For me personally Berryz Koubou is no longer Momusu's little sister and it is because of this reason that I'm able to make this list. If I didn't like these groups equally then my list would probably turn out with all of the members of Momusu in the top 7 spots and then 8 through 14 would include Berrryz Koubou members and it would just be like having 2 separate lists for these groups. So with much thought over the last week I've finally finished it.

With a little bit of analysis I wondered if this list would show some favor towards one group over the other but as I look at it the members from both groups are placed pretty evenly as you go down the list. So although unintentional this list really does show that I like Morning Musume and Berryz Koubou equally. It's nice that it turned out that way. 🙂

So to reiterate Momusu is the "meat" (heheh you know what I mean) of H!P. The centerpiece and that will never change. This list is just my attempt at seeing the members of Momusu and Berryz Koubou as individuals and then ranking them with that approach. So actually it has nothing to do with the 2 groups going up against each other but instead their individuality. I didn't include Rin Rin and Jun Jun yet as somehow they don't seem like official members until they're included on a Momusu single which will be released tomorrow in Japan. Plus I haven't seen enough of them to know where they would rank yet. Here's my Momusu/Berryz Koubou member ranking starting with #14: 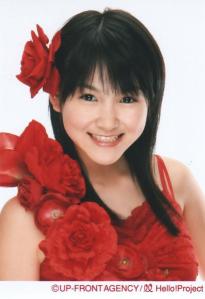 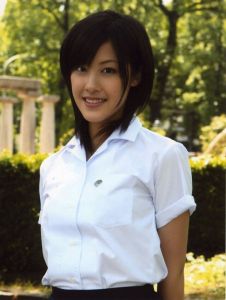 If anyone would like to post their favorites I'd love to see your lists! I realize that making this list would be difficult especially if you don't have Momusu & Berrzy on the brain. lol. Paul I know that we just did our lists recently but if you'd like to make any changes. 🙂 You can check out Paul's Hello!Blog to see the very interesting break down of votes gathered by his poll. The break down includes analysis by country, number of times a member was ranked #1, as well as the overall official results. This poll was a huge success and it makes for a very interesting read!

As for the results of this list, there's nothing scientific about it. lol. 😛